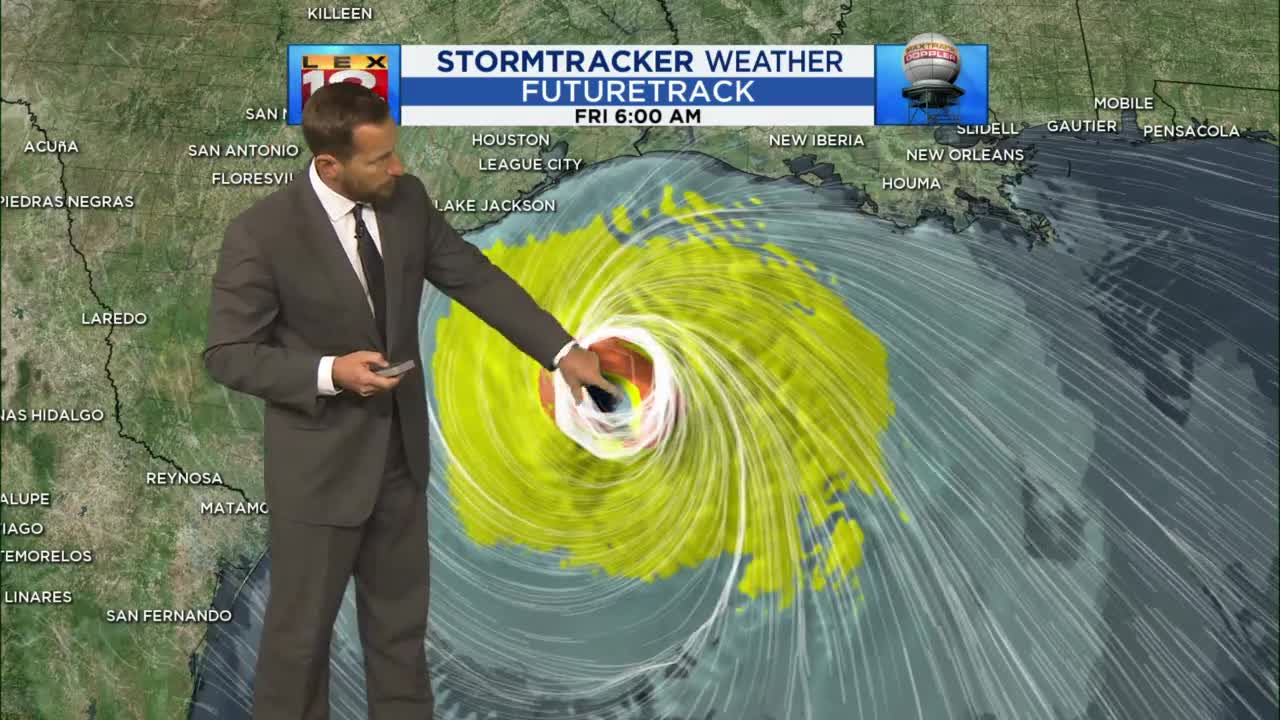 Hurricane Delta continues to move northwestward over the Gulf of Mexico.

President Trump has since received an update on Hurricane Delta.

Locally, impacts from Delta will increase from southwest to northeast as the core circulation of the storm will pass nearby to the region. Experts believe the storm will make landfall in Louisiana on Friday. Delta is forecast to move inland within the hurricane warning area by late Friday or Friday night. Delta is moving toward the northwest near 15 miles per hour (24 km/h), and this motion with a reduction in forwarding speed is expected today.

New Orleans likely will escape the storm and experience gusty winds and mild rain, said Kottlowski, with Lafayette the largest city on the storm's eastern and more risky side.

Meanwhile, High Island, Texas, eastward to Grand Isle, Louisiana were issued a hurricane watch as the hurricane finds its way to the US.

Governor Ivey warned that the storms are unpredictable and encouraged everyone to take Hurricane Delta seriously.

In addition, Delta could bring 4 to 8 inches of rain, with isolated maximum amounts of 12 inches, to the central Gulf Coast through parts of the Lower Mississippi Valley.

According to weather experts, Delta's projected path looked similar to Hurricane Laura which was a Category 4 storm that made landfall in Louisiana on August 27.