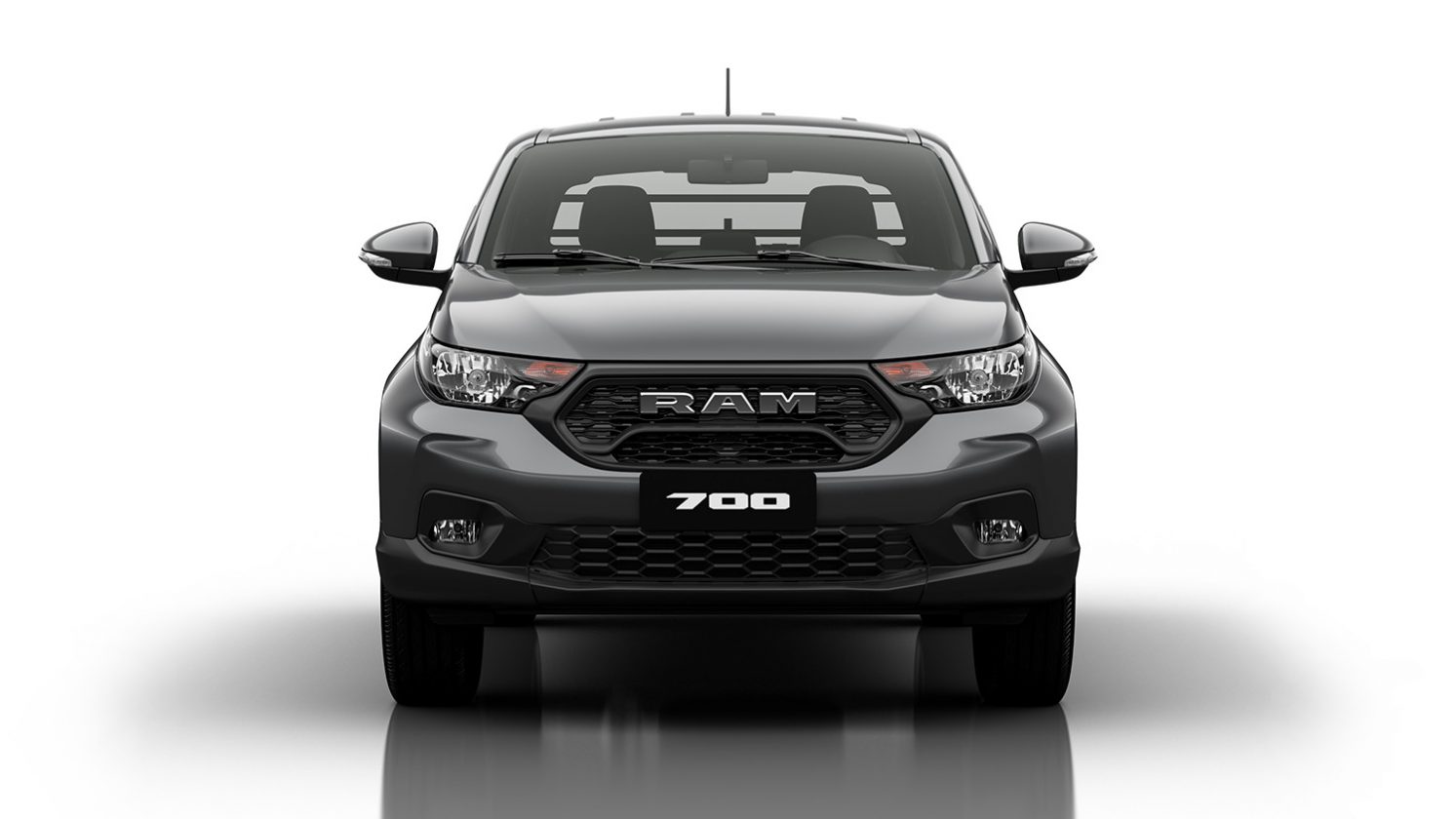 With everything being truck insane nowadays, here comes a new mini truck in the global market, the Ram 700.

Based on the Fiat Strada launched in April this year in Brazil and Argentina (where the Fiat brand is more popular), the 2021 Ram 700 is a classic case of badge engineering.

The Ram 700 is available in regular cab (which the Maverick won't be) or double cab configuration, with either two- or four-doors with space for up to five passengers. Plus, it has 1,143 liters of cargo space and can tow as much as 400kg. As for its engine options, multiple reports have mentioned that just like the Strada it's derived from, the Ram 700 will come with an 84hp nat-asp 1.4-liter mill and a 98hp turbocharged 1.3-liter powerplant.

According to the automaker, the all-new 700 "redefines the concept of the small pickup by being the most capable, versatile, safe, and technologically advanced in its class". It looks exactly like the Fiat inside and out, bar the badging and Ram-specific front grille. Inside, the Big Horn and Laramie get a seven-inch infotainment screen that supports wireless Apple CarPlay and Android Auto. An electronic locking differential is offered as an optional extra. For one, the Ram 1000 is actually just a rebadged Fiat Toro. All-wheel drive isn't available, only a front-wheel-drive manual transmission with five forward ratios.

The 2021 Ram 700 is now being manufactured at the FCA Betim Assembly unit, which also manufactures other Fiat models, including the Strada.

The new Ram 700 goes on sale in Latin America next month, with deliveries expected to begin in Q1 of 2021.

Central banks want digital currencies that don't nudge out cash
As per the report, if the country's banks have to issue CBDC to the general usage, various barriers are needed to be eliminated. The report also outlines CBDC design and technology considerations, including a discussion on where some of the trade-offs lie. 10/12/2020

Pakistan Bans TikTok for 'Immoral' and 'Indecent' Content
TikTok , along with dozens of other mostly Chinese apps, was banned in June at the height of India's border dispute with China. However, TikTok failed to comply with the instructions which forced the PTA to ban it in the country. 10/11/2020