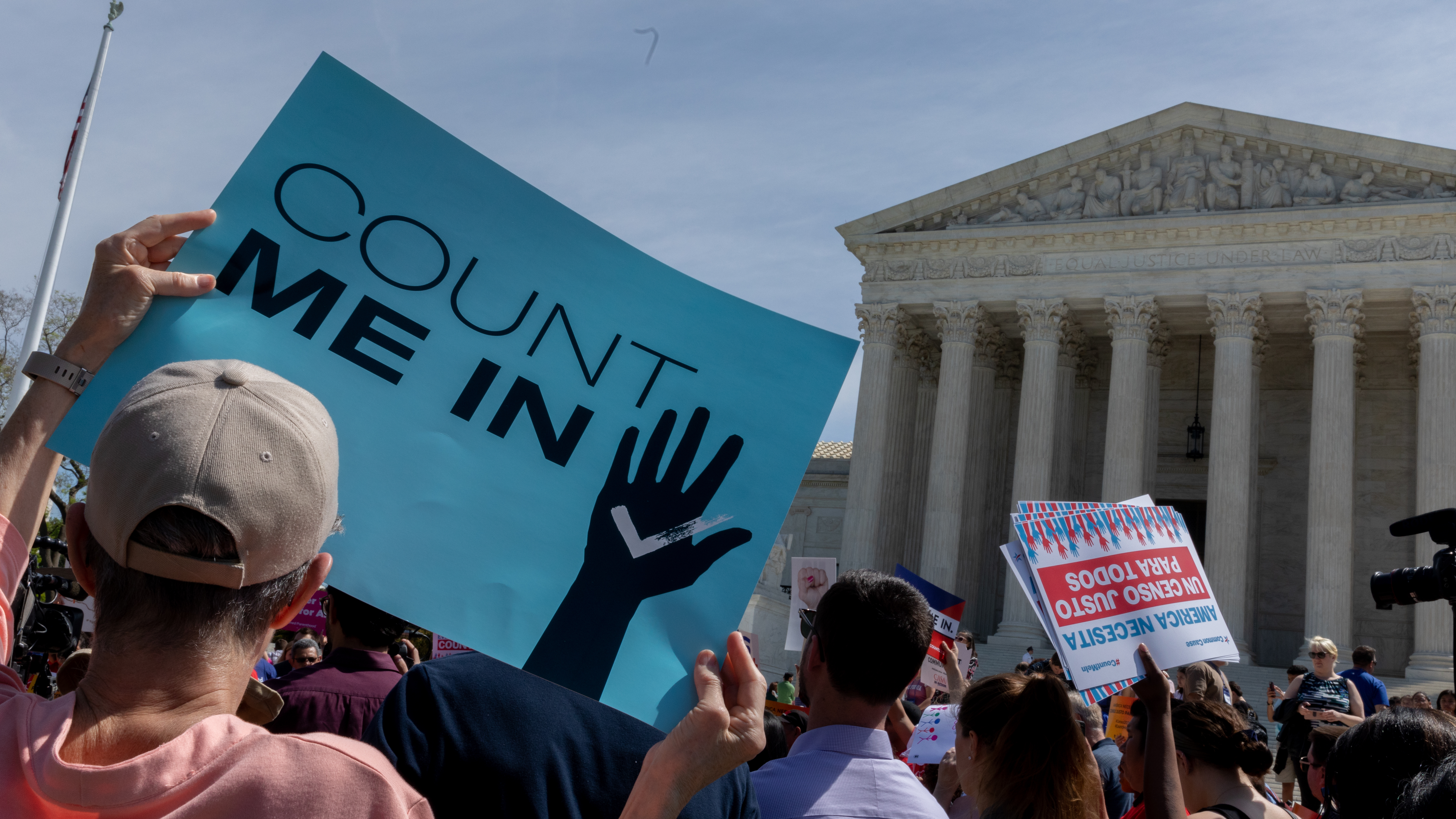 The National Urban League, the League of Women Voters, other groups and local governments had sued to keep the count underway, saying that an inaccurate census would "facilitate another illegal act: suppressing the political power of communities of color by excluding undocumented people from the final apportionment count".

The court's ruling is the latest turn in a roller coaster of a legal fight over the timeline for the count.

A three-judge panel of the Southern District of NY blocked the Trump administration's efforts to make an unprecedented change to the constitutionally-mandated count of every person living in the US - leaving out unauthorised Caribbean and other immigrants from the census numbers that determine each state's share of seats in the US Congress.

Justice Sonia Sotomayor was the lone dissenter from the unsigned court order.

The Supreme Court granted the Trump administration's request to end the Census count as soon as possible, overturning a federal court order requiring the Census Bureau to continue the count until October 31.

The Trump administration said it changed the timeline in order to meet the end-of-the-year deadline for delivering census results to the president. That caused the deadlines to revert back to the previous Census Bureau plan that called for the reporting of apportionment figures at the end of April 2021.

Last month, U.S. District Judge Lucy Koh in San Jose, California sided with the plaintiffs and issued an injunction which suspended a September 30 deadline for finishing the 2020 census and a December 31 deadline for submitting numbers used to determine how many congressional seats each state gets - a process known as apportionment.

By sticking to the deadline, the Trump administration would end up controlling the numbers used for the apportionment, no matter who wins next month's presidential election.

Census data is used to distribute billions of dollars in federal funds for health care, housing programs, and education and the data is used to determine representation in congressional districts for the next 10 years.

In April, the Census Bureau submitted a plan to complete its count by October 31 and report apportionment figures - the numbers used to determine each state's representative count - at the end of April 2021.

"The Supreme Court's decision hurts, but it is not the fatal blow to an accurate 2020 census count the Trump administration clearly hopes", Meeta Anand, the Census 2020 Senior Fellow for NYIC, told the Caribbean Media Corporation.

"We are already at - 99.7 percent of all the households have already been enumerated, and that's a tenth of a percent better than in 2010", Ross said.

"For more than a year, there has been a state-wide NY census operation, which understood that it was up against an administration that would do everything it could to keep immigrant New Yorkers from being counted and acted accordingly".

As a result, the New York Immigration Coalition (NYIC) said the court's decision could mean that all counting efforts and outreach will end in the next few days.

COVID-19: New lockdowns as vaccine trials stumble
The curfew was first imposed last week in some parts of densely populated Western province, where the cluster was reported . But trick-or-treating on October 31 must be done outside houses, said Theresa Tam, Canada's chief public health officer. 10/15/2020

Monster Hunter Movie First Trailer Shows Milla Jovovich Fighting Giant Beasts
I mean, the costumes and giant weapons look passable, but the monsters in the trailer are going to be the real draw in the movie. Harris, Meagan Good, Diego Boneta, Josh Helman, Jin Au-Yeung and Ron Perlman for some true B-movie gravitas. 10/15/2020

Covid-19: Dutch woman, 89, first to die from coronavirus reinfection
He became re-infected 4.5 months after contracting the virus initially, and showing showed no symptoms the second time round. The woman was not tested between infections, so researchers have no confirmed negative tests. 10/15/2020

Stocks End Lower Amid Stimulus Stalemate; Bank Shares Slump
Other airlines and travel-related companies were also weak, and Royal Caribbean dropped 13.2% for the biggest loss in the S&P 500. Concho Resources Inc surged 9.7% after a report that oil producer ConocoPhillips was in talks to acquire the shale producer. 10/15/2020