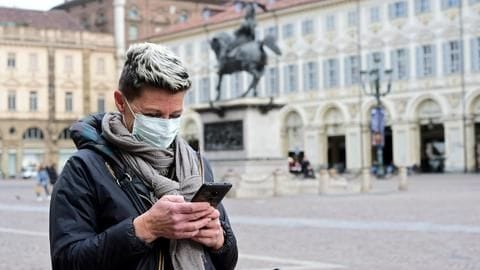 The government is discussing the new restrictions with local and health authorities, with the aim of striking a balance between curbing the covid-19 spread by reducing social contact while limiting the impact on businesses and daily life.

Prime Minister Giuseppe Conte said amid a nationally televised press briefing, "The curve of contagion is worrisome, the numbers are serious, and there is a need to intervene urgently".

Mr Conte said in a statement: "We are aware of the economic damage that has been done, but the government is committed to recovering".

Bars and restaurants will close at midnight, but after 6 pm only table service will be allowed, there will be no sitting by the bar.

Conferences, public gatherings and festivals are prohibited. At the local level, the mayors will be able to decide "the closure to the public, from 9 pm, of streets or places where crowds can be created", also announced Giuseppe Conte.

After a heated debate, gyms and swimming pools will remain open, but the premier stressed that they will be under review for one week and if the rules are not strictly followed, they will be closed.

The number of new coronavirus cases in the country hit a fresh record Sunday, reaching 11,705 in the last 24 hours, as the number of patients being treated in intensive care continued to rise.

What are the other Italian measures?

He added that secondary schools and universities will be encouraged to conduct more distance learning.

The country has the second-highest death toll in Europe after Britain, with over 36,000 fatalities since the outbreak flared in February, according to official figures.

Switzerland on Sunday reacted to a sharp increase in infections by making the wearing of face-coverings in indoor public spaces compulsory from Monday. Italy was the latest European country to announce new restrictions over the weekend.