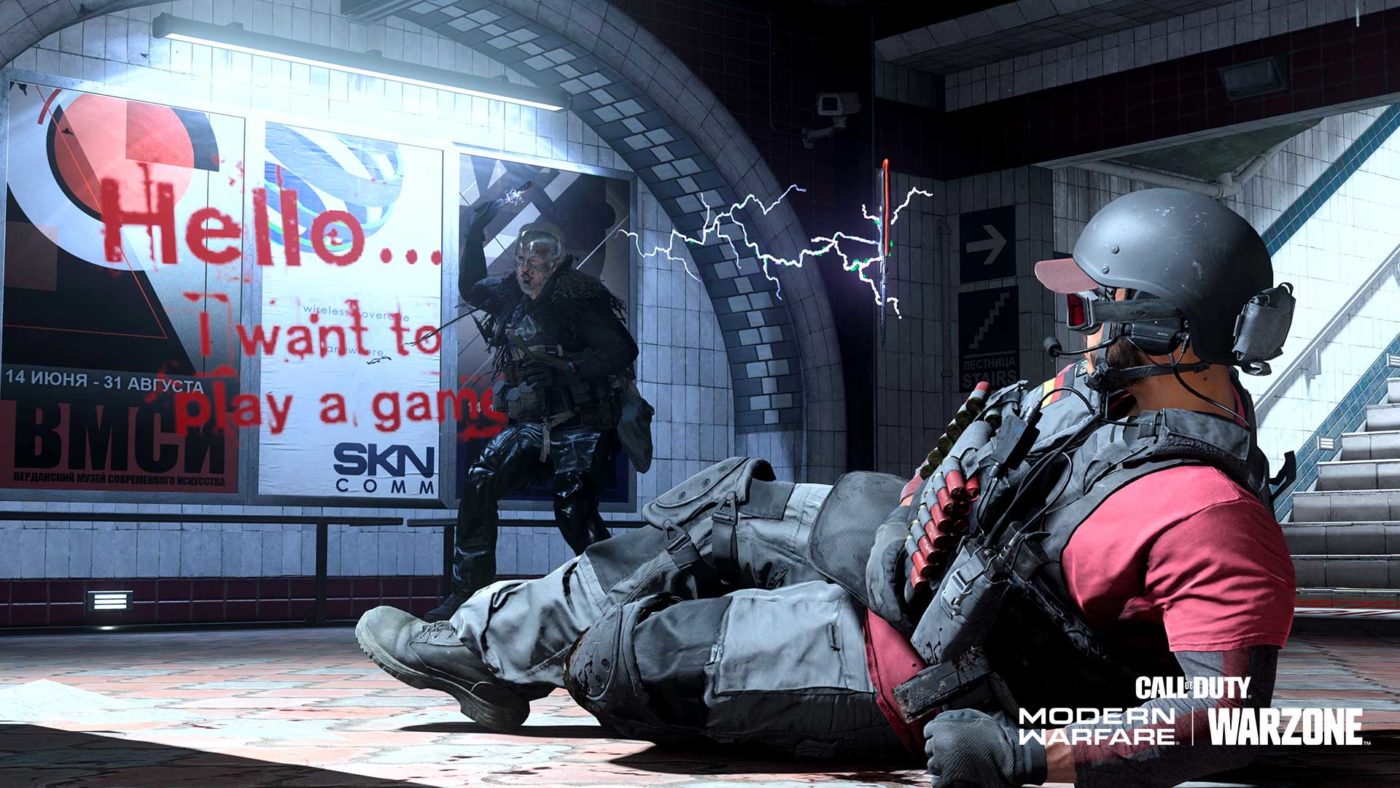 The event brings in a fresh set of cosmetics based on Saw and The Texas Chainsaw Massacre, adds a new Warzone LTM called Zombie Royale.

New weapons arrive every so often in Call of Duty: Modern Warfare.

The event will feature the "Trick or Treat" reward system, from which we will receive supply boxes that can contain all kinds of personalized horror-themed items, including good quality blueprints. The modes should apparently last until 3 November, giving a fortnight of fun, although we'd expect players to clamour for at least night-time modes to stay in Warzone, which is crying out for that drop of visual variety.

The Haunting of Verdansk will bring quite a few new modes for players to enjoy and experience, including Zombie Royale, Juggourdnaut Royale, Nighttime BR, and Nighttime Plunder.

Feeling zombie? Time to fight your way back to the land of the living.

The Texas Chainsaw Massacre bundle is similar to the Saw bundle.

The new update will include a Saw bundle in the store, with a "Billy the Puppet" skin for operator Morte.

The Texas Chainsaw Massacre bundle includes the Leatherface skin for Velikan and the Family Heirloom LMG blueprint, which comes with a unique stock attachment that allows Leatherface to wield a chainsaw. This means you have nearly a month to dive in and start collecting all of the goodies that Activision has put up for offer in the latest update. Zombies have special attributes, including increased speed, powerful melee attacks, and thermal vision. When a player is killed, they drop a syringe that appears on the map.

Warzone isn't the only game getting the Halloween treatment this week, with Modern Warfare getting its own uniquely-themed modes too. Players who do end up turning into Zombies can respawn as an Operator by finding two special syringes, which are located on the bodies of dead enemies. In Onslaughter, squads must "wrest control of a Juggernaut suit that spawns somewhere on the map and advance into a specific goal area".