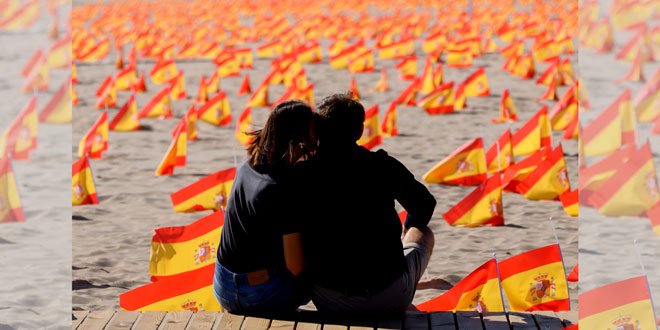 Spain was one of the worst-affected countries in the world during the first wave of the virus, with more than 8,000 new cases regularly recorded a day during its March peak.

Health Minister Salvador Illa said on Tuesday that the government is evaluating several measures, including a curfew, a measure taken in France, Belgium, Slovenia and two regions in Italy.

Like most European countries, the country lessened its regulations as case numbers dropped.

"We are at the doorstep of winter, when most activities are carried out indoors, when probability of virus contagion is higher".

While daily deaths have been hovering around 100 - a far cry from the peak of almost 900 registered in late March - nationwide hospital admissions have jumped 20 percent in two weeks and 70 percent in the north-eastern region of Catalonia.

Meanwhile, Spain's centre-right opposition rejected a far-right proposal for a vote of no-confidence in the Socialist Government on Thursday, a move which Prime Minister Pedro Sanchez seized on to propose a political deal over judicial reform. The tally of confirmed COVID-19 cases in the country has risen to 202,579, while 3,851 people have died since the start of the pandemic.

Spain was hit hard by coronavirus in the first months of the pandemic, and brought in some of the strictest measures to tackle it - including banning children from going outside. In many nations, the figures now dwarf what was seen in April and March. La Rioja will also close its regional borders on Saturday.

The Spanish government declared a state of emergency in Madrid to enable it to impose an order to lock down the region while the regional government of northern Aragón announced it had closed the city limits of Zaragoza, Huesca and Teruel.

Dr Angela Hernandez Puente, who is the deputy secretary of Madrid's Amtys medical association, said the situation was very worrying, but not comparable with the overwhelming pressure that the health system came under in March when intensive care units were full and staff lacked personal protective equipment.

"Healthcare staff are exhausted and angry, many doctors feel that more should have been done in June, July and August to not let the public health system become overburdened as it is now", she told AFP.