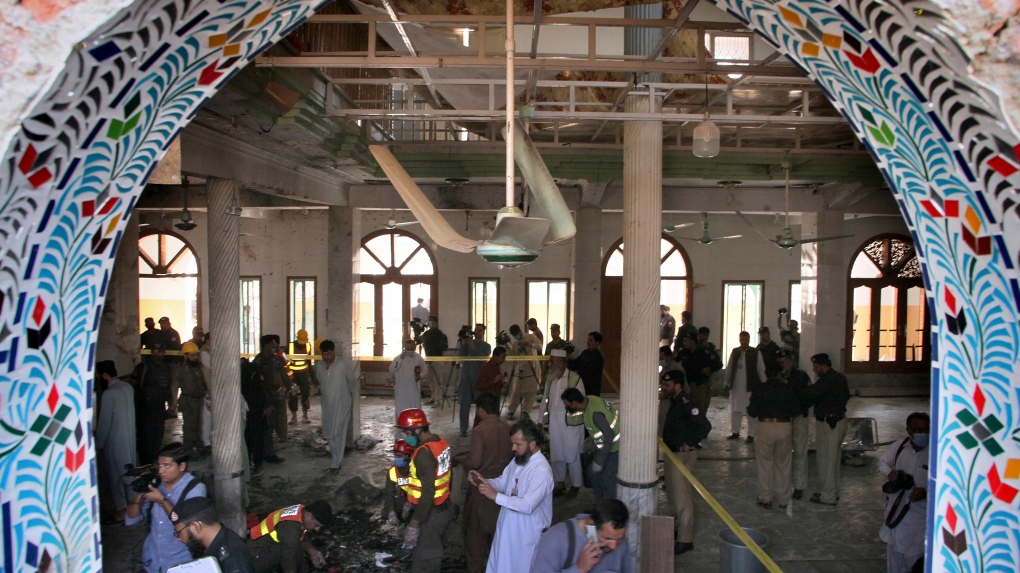 No group has yet claimed responsibility.

From his hospital bed, a wounded student, Mohammad Saqib, 24, said religious scholar Rahimullah Haqqani was explaining verses from the Koran when suddenly he heard a deafening sound and saw blood-stained students crying for help.

"He told us they were attending a class when the blast took place", Rahim said.

A spokesman for the city's Lady Reading Hospital said it had received seven dead and 70 wounded, many with burns.

"The blast took place in the section where students above the age of 18 were taking a class", Mr Khan said, adding that the wall between the two sections collapsed in the blast. Shortly afterwards, rescue workers and locals were seen scouring the site and collecting students' books, caps and shoes.

Pakistani Prime Minister Imran Khan condemned the bombing and asked authorities to ensure the provision of best possible medical aid to the victims.

Television footage from the scene of the blast showed significant damage to the interior of the mosque's main prayer hall, with pockmarks dotting the ceiling and debris strewn across the floor.

Police and security forces have cordoned off the area and rescue operation is under progress.

The blast follows months of relative calm in Pakistan.

In 2014, gunmen had stormed a military school in Peshawar leaving more than 150 dead, including many children.