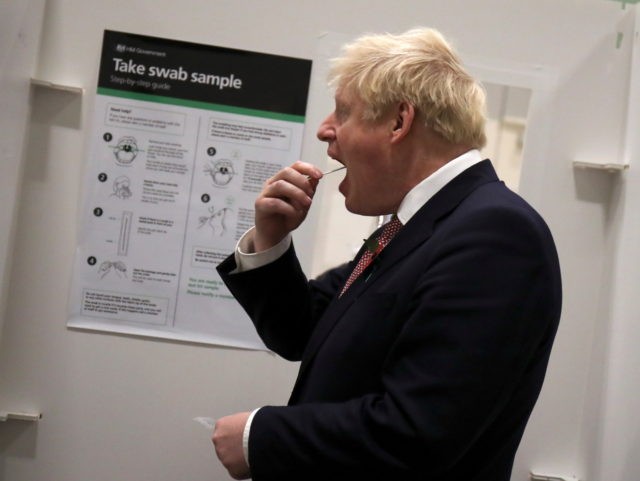 Mr Johnson took a rapid turnaround lateral flow test on Monday which showed he did not have Covid-19 following his meeting with MP Lee Anderson, who tested positive for coronavirus after meeting the PM in Downing Street on Thursday last week.

"He thanked his political and civil service teams for all of their hard work and said the ambition of this government is absolutely undimmed and if anything growing the whole time", his spokesman said.

Asked whether this could hamper Johnson's ability to carry out last-minute negotiations in a potentially crucial week for Brexit, Hancock said: "I'm sure that if the prime minister needs to speak to anybody in Europe, then he'll be able to do that by Zoom".

"The PM is well and does not have any symptoms of Covid-19".

Mr Johnson, who was admitted to intensive care with coronavirus seven months ago, has maintained the pair followed all social distancing advice during the appointment.

Johnson will agree a one-year public spending plan with his finance minister, Rishi Sunak - to be announced on November 25 - and he will publish this week a plan setting out steps for a "green industrial revolution" to boost green jobs as Britain aims for net zero carbon emissions by 2050, the statement said.

"I'm fit as a butcher's dog - feel great", Johnson tweeted, adding that he is "bursting with antibodies".

"The prime minister is following exactly the same rules as every other person in the country", Hancock told BBC Radio. "We both had a test on Saturday and the result came in Sunday morning", said the Conservative Party MP.

Ministers use delegated legislation to make changes to the law under powers given to them in an act of parliament.

Johnson was out of action for almost a month when he caught the virus during the first wave of infections from March.

The prime minister has been working from home in Downing Street since being told about Mr Anderson's positive test.

Yesterday Boris Johnson was forced to row back in the face of a backlash after claiming that "devolution has been a disaster" and was "Tony Blair's biggest mistake".

"We're seeing a widespread contempt for devolution and a nascent English nationalism and I think that's whats underpinning a lot of what Boris is saying", the South Belfast MLA said.