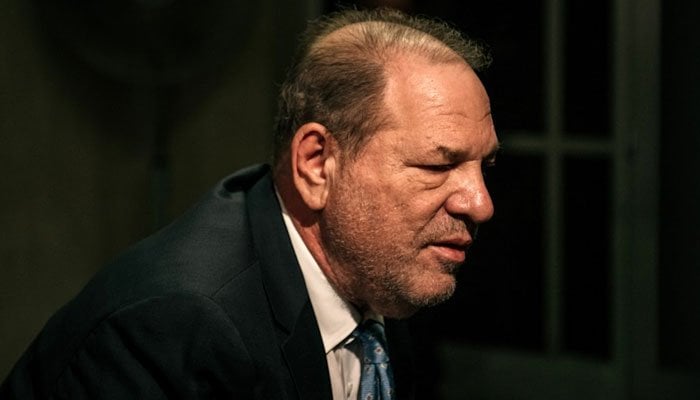 Infamous film titan Harvey Weinstein was tested for COVID-19 after he showed symptoms for the virus while in jail.

Back in March this year, he was reported to have been one of two inmates at Wende Correctional Facility who tested positive for coronavirus, according to the Niagara Gazette, a local newspaper in Albany, New York.

Law enforcement sources told TMZ that the disgraced movie mogul is " doing poorly" and has been placed in a 72-hour isolation while he awaits test results.

There were reports Weinstein had coronavirus back in March, but our sources say he was never officially diagnosed. While he's got a fever that has his reps concerned, they haven't confirmed or denied that Weinstein contracted COVID-19 in prison.

Representatives for Harvey shared a statement, saying he "has a fever and is being closely monitored by the excellent medical staff at Wende CF for which the entire legal defense team is grateful".

Disgraced movie mogul Harvey Weinstein is "being closely monitored" by medical staff in a NY state prison after coming down with a fever, according to his representatives.

In addition to his current sentence, the producer is now awaiting extradition to Los Angeles in connection with offences related to three other victims and he was recently hit with six additional criminal charges related to three alleged rapes in Beverly Hills, California.

Now he is staying at the Wende Correctional Facility, a maximum security prison near Buffalo, New York.

The producer was sentenced to 23 years in prison in February this year following a trial which saw Mr Weinstein convicted of rape and criminal sexual assault.

The disgraced Hollywood mogul is considered vulnerable to coronavirus due to his age, weight and other medical issues, including a heart condition and high blood pressure.