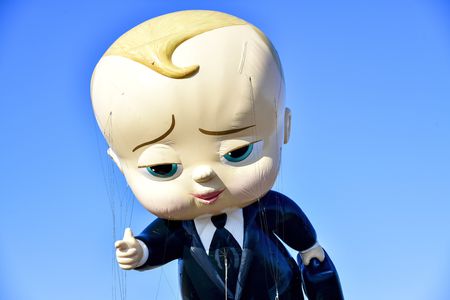 Here's everything to know about the 2020 Macy's Thanksgiving Parade. Though COVID-19 has put the kibosh on so many events, we at least still get the simple joy of watching the parade again this year.

Giant balloons -staples of the Macy's Parade - will be back with 18 making their way down the street.

"Today" hosts Hoda Kotb, Savannah Guthrie and Al Roker will host for NBC and Mario Lopez is hosting the Verizon stream. "We've worked closely with the Macy's team on a safe and creative plan this year, and we look forward to keeping this tradition going on Thanksgiving Day".

This year's parade is skipping the traditional 2.5 mile route in Manhattan and the crowds that typically line the streets.

Macy's is reducing the overall number of participants by 75 percent and splitting the remaining participants over a two-day period.

Honchos at Macy's tell us there haven't been any issues pre-taping floats, balloons, Santa Claus and performers on the side streets around the flagship department store. thanks in part to the secure perimeters.

-Previously selected regional High School and College Marching Band performances were deferred to the 2021 Macy's Parade, with locally based cultural and professional marching and musical ensembles taking over performance duties in the lineup.

The parade this year will include the Pillsbury Doughboy, The Boss Baby, Dolly Parton and many others.

With coronavirus still rampant, huge measures were placed in order for this year's parade to happen.