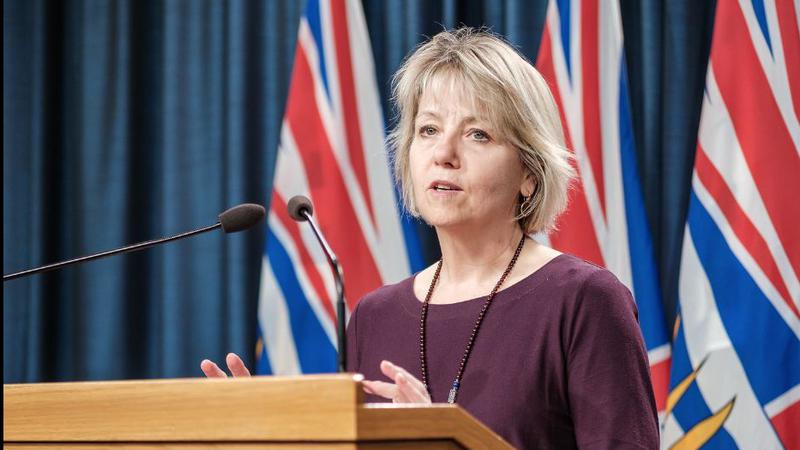 There are 7,899 active cases of in the province and 10,307 people are under active public health monitoring as a result of exposure to known cases.

That means the highest number of cases recorded in a single day in B.C. was November 21 with 861 cases.

Eleven new deaths were confirmed by Dr. Henry, for a provincial total of 395 in the province since the start of the pandemic.

Three more people were admitted to hospital due to COVID-19, bringing that total up to five now hospitalized.

The ministry of health said the province's positivity rate on Friday now stands at about 3.7 per cent when including duplicate tests and errors.

Peel Region reported 517 new cases which was down from the previous day's 572.

"Lockdown" is the highest level in the government's COVID-19 response framework and brings new public health measures to the regions.

The number of cases includes staff, residents, and close contacts that have been determined to be COVID-19 positive cases and linked to the outbreak.

It is also another day deaths were in the double digits, with 11 more people losing their lives to COVID-19.