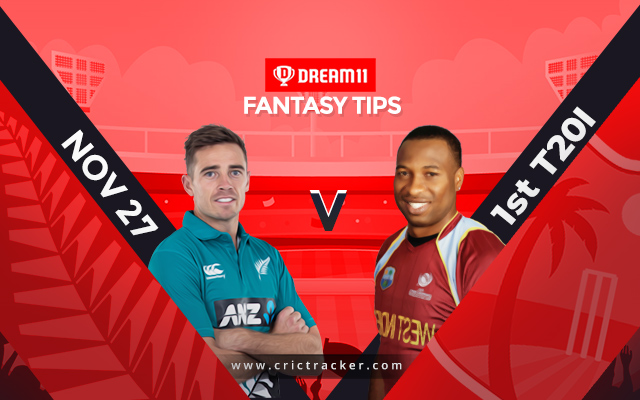 New Zealand's cricketers will consult the West Indies team before deciding whether players take a knee against racism ahead of their Twenty20 series opener in Auckland on Friday, the first global cricket in the country since the coronavirus pandemic. For the visitors, skipper Pollard put his hands up and hammered 75 off 37 with four fours and eight sixes.

"What happens in terms of taking a knee or anything like that will be discussed with the West Indies", Stead said in the lead-up to the series.

Two other late arrivals - Jimmy Neesham and Mitchell Santner - played important roles as the Black Caps chased down their adjusted target of 176 with five wickets and four balls to spare, scoring 48 off 24 balls and 31 off 18 balls respectively.

"While this is disappointing for the Pakistan squad, the testing outcomes and the actions taken show the government system is working", New Zealand Cricket (NZC) said in a statement.

The rain that doused Eden Park on Friday, sending players from the field for the first time after only four balls had been bowled, failed to douse an extraordinary match. The heavens opened up, for another delay, following which Fletcher and King pulled out the drives, cuts, and straight swipes down the ground to pick up 29 off Hamish Bennett's first over.

They were soon 63 for four when Ross Taylor was run out.

Black Caps batsman Glenn Phillips may not have seemed to have played a large role in his side's series-opening T20 victory over the West Indies, but the guts and glory showed in his brief innings certainly had an impact. The match - the first worldwide cricket played in New Zealand for nearly nine months - produced a nail-biting finale as the Black Caps reached 179-5 in the final over after being set a target of 176.

Southee called on Ferguson as his second change in the fifth over and he made an instant impact, bowling Fletcher with a searing first delivery.

"It was fantastic cricket, in terms of the ball flaying all over the boundaries", he said.

"I hope the crowd enjoyed it".

"It was a topsy-turvy game".