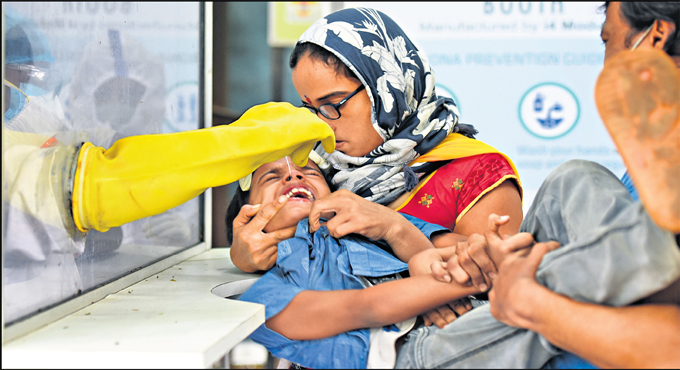 Critics of the United States claim that China caused the pandemic by mishandling and deliberately underreporting cases in the early days say the documents show there was no deliberate attempt to obfuscate data-but rather, that China faced the same struggles many other countries did when first presented with the threat of the unknown virus.

But because of the way China's reporting system worked, only those cases which had been confirmed by the test were publicly reported.

Despite local public health authorities in Wuhan first acknowledging 27 patients were sicken of an unknown viral pneumonia on December 31 past year, a study tracing the first group of COVID-19 patients released on Jan 24 in the Lancet, a renowned medical journal, revealed that the earliest infection in Wuhan appeared on December 1. It listed 5,918 newly detected cases on February 10, the same day medical workers video-conference called with President Xi Jinping to discuss what was at the time a smaller outbreak.

The previously undisclosed future is among a string of revelations contained within the 117 pages of leaked documents from Hubei Provisional Center for Disease Control and Prevention, the report also said.

This figure, much higher than the official figure, was never completely revealed, as China's accounting system seemed, in the chaos of the first weeks of the pandemic, to undermine the severity of the outbreak, as is evident from the documents.

All other cases were marked down as "suspected" or "clinically diagnosed".

The underreporting was exacerbated by a slow-turnaround in identifying cases.

However, when screenshots of the doctors' exchanges of a new "SARS-like virus" being circulated in the city emerged on Chinese social media, local police in Wuhan summoned eight of the doctors who took part in such discussions and punished them for "spreading false rumors", the state-run China Central Television (CCTV) reported on January 1. Experts told CNN this timeline would have impeded officials' ability to respond to the spread of the virus.

"It was clear they did make mistakes - and not just mistakes that happen when you're dealing with a novel virus - also bureaucratic and politically-motivated errors in how they handled it", Yanzhong Huang, a senior fellow for global health at the Council on Foreign Relations, told the outlet. It took, on average, 23.3 days from the time a patient began experiencing symptoms until the patient's confirmed condition was reported, according to the CNN report.