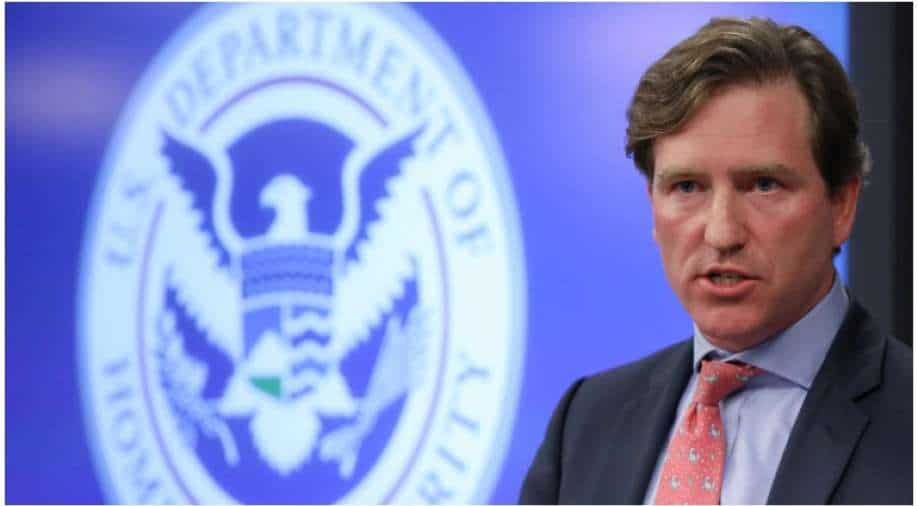 An attorney for the Trump campaign on Monday issued a call for violence against Chris Krebs, a former cybersecurity official who was unceremoniously ousted from his post by President Donald Trump after he rejected the President's unfounded claims of widespread voter fraud.

The top USA cybersecurity official fired by Republican President Donald Trump for saying the November 3 election was the most secure in American history said on Friday voter fraud allegations made by Trump and his allies are "farcical".

Chris Krebs, the former director of the Cybersecurity and Infrastructure Security Agency, or CISA, was sacked by Trump last month via tweet for a statement the agency put out earlier this month saying that this year's election was the most secure in US history.

Fredric Eshelman, a North Carolina businessman who is the co-founder of Eshelman Ventures LLC, said he gave the money to True the Vote, a pro-Trump "election ethics" group promising to file lawsuits in seven key swing states in a bid to "investigate, litigate, and expose suspected illegal balloting and fraud in the 2020 general election".

Krebs, who was appointed by Trump, was sacked by the president after publicly defending the election's security.

Trump also blasted Krebs for appearing on a 60 Minutes interview, which aired on Sunday in which he warned against the dangers of the president's election conspiracy theories.

The state Elections commission certified the election results, which saw Democratic Candidate Joe Biden winning the state of Wisconsin by around 20,000 votes, on Monday. And that was, again, to me, a press conference that I just - it didn't make sense.

Trump's own Homeland Security department monitored the election and declared it the "most secure" in American history.

In reflecting on whether that was the right decision, considering how such a statement would contradict Trump's baseless claims of fraud and hacking, Krebs told NPR he has no regrets.

Mr Krebs wrote that ballot "dumps" as claimed by some Republicans did not happen, and that outcomes have been consistent in several states despite recounts and audits.

Krebs told "60 Minutes" that it was ironic the disinformation campaign surrounding the election came not from foreign agents as feared, but from the White House itself. What it was actively doing was undermining democracy.

"Country over party. That's what we did", Krebs concluded. "Approached it in a non-partisan way, and we did it right".

Ahead of the January 5 Senate runoff elections in Georgia - which will determine which party controls the chamber - Trump also renewed his criticism of Republican officials in the state, including Gov. Brian Kemp and Secretary of State Brad Raffensperger, for not supporting his baseless fraud claims. "I'd do it a thousand times over", he said.