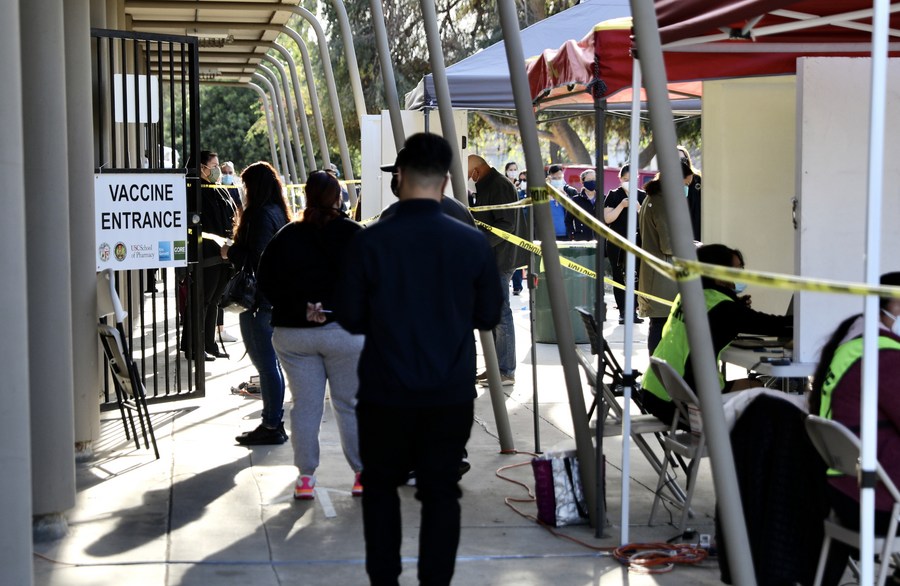 The United States recorded more than 4,000 deaths from COVID-19 in a single day on Thursday, a new grim milestone since the onset of the pandemic in the country.

U.S. COVID-19 cases reached 20 million on January 1, and the number increased by 1 million every four days since then.

The United States on Friday once again reported a new record for daily coronavirus deaths, surging past 4,000 for the first time.

The majority of the 16 states that saw the record totals were in the USA south, and include Alabama, Arkansas, Maryland, Georgia, Mississippi, North Carolina, Oklahoma, South Carolina, Tennessee, Texas, Virginia, and West Virginia.

The record comes as more states report new cases of a new, more aggressive, strain of the coronavirus.

An updated model forecast by the Institute for Health Metrics and Evaluation at the University of Washington projected a total of 567,195 COVID-19 deaths in the United States by April 1, 2021, based on the current projection scenario.

Other states with over 550,000 cases include Ohio, Georgia, Pennsylvania, Tennessee, North Carolina, Arizona, Michigan and IN, the CSSE data showed.

There has been a surge in cases and deaths in California, Arizona, Texas and Florida.

Cases of COVID-19 began to surge in the fall months of 2020, and the numbers have continued to worsen in states across the USA following the holiday season, including Thanksgiving, Christmas, New Year's Eve, and New Year's Day.