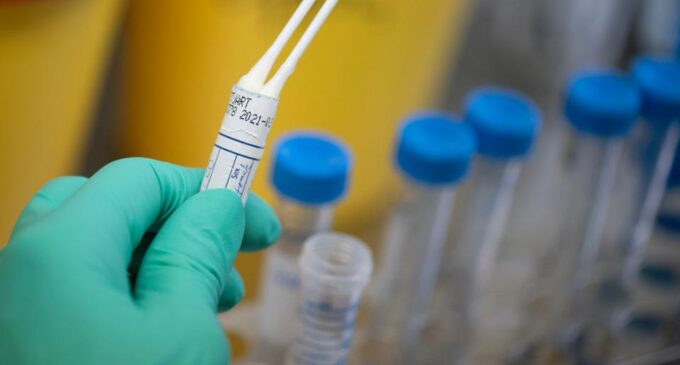 Most people who've contracted COVID-19 will be immune from the virus for at least five months and have a low risk of catching it again, according to new research.

Since June, PHE has been regularly testing tens of thousands of healthcare workers across the United Kingdom for new Covid-19 infections as well as the presence of antibodies, which suggest people have been infected before.

Between June 18 and November 24, scientists detected 44 potential reinfections - two probable, and 42 possible - out of 6,614 participants who had tested positive for antibodies, representing an 83% rate of protection from reinfection.

The study also found those who had built up immunity could still carry and transmit the virus.

According to the findings, prior COVID-19 infection can provide 83% protection against reinfection, compared to people who have not had the disease before, which appears to last for around at least five months from first becoming sick.

The SIREN study has been regularly performing antibody and PCR testing on healthcare workers from 102 NHS trusts since June 2020.

More than 93.8 million coronavirus infections have been confirmed worldwide, with over 2 million people across 196 countries and territories having died and over 57.8 million having recovered from the virus.

The minister had said a year ago that Government was looking to procure 462,000 vaccines, at a cost of US$9.7 million, with an intention to vaccinate 20 per cent of the population, around 280,000 people, during the first phase of distribution.

Scientists have developed a rapid blood test that can predict within a day of hospitalisation which patients with COVID-19 are at the highest risk of severe complications or death, an advance that may help identify those who may best benefit from specific investigational treatments.

Now more than ever it is vital we all stay at home to protect our health service and save lives, she added.

Guterres said "now is the time" as "safe, effective Covid-19 vaccines are being rolled out".

As such, PHE said it is essential for people to follow the rules regarding face masks and social distancing, even if they have previously had COVID-19, to prevent spreading the virus to others.

"It could even be tougher given the transmission dynamics and some of the issues that we are seeing", Mike Ryan, the WHO's top emergencies official, said during a Wednesday event.

They also found evidence that those with antibodies could still carry the novel coronavirus in their nose and throat and spread it to other people.

Lawrence Young, Virologist and Professor of Molecular Oncology, Warwick Medical School added that because the results cover the months before the new variant took hold, "it will be important to determine whether previous infection with the old virus variant is able to offer protection from re-infection with the new virus variant".