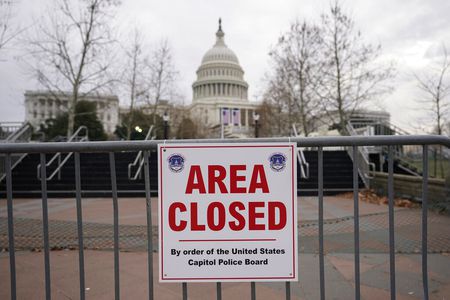 Despite the heavy military presence, a 22-year-old Virginia man was arrested for possession of three high capacity magazines, 37 rounds of unregistered ammunition, and a Glock gun near the US Capitol on Sunday while a CT woman was detained for impersonating a police officer as the nation's capital remains on high alert in the days leading up to Wednesday's inauguration of President-elect Joe Biden.

Wesley Allen Beeler was arrested around 6:30 p.m.at the intersection of E Street NE and 12th Street NE, which is about a mile from the U.S. Capitol.

Beeler's vehicle was also reportedly adorned with decals that read "Assault Life" and "If they come for your guns, give 'em your bullets first". The police handcuffed Beeler and found the Glock 9mm pistol - with a loaded 17-round high capacity magazine - that had a bullet loaded into its firing chamber and the safety off. Authorities said he didn't have a license to carry the gun in Washington.

Unclear what Beeler told officers he was doing there with his bogus credentials, but in any case. he was cuffed and hauled off to jail on a slew of weapons charges.

Downtown Washington has been practically shut down for days because of security fears regarding President-elect Joe Biden's inauguration after the violent riot at the U.S. Capitol earlier this month.

Editor's note: This story has been updated to clarify that Beeler was not charged with presenting a fraudulent credential; US Capitol Police say the credential he presented was simply unauthorised.

DC police did not return a request for comment and it was not immediately clear if Magovern has an attorney.

"I pulled up to a checkpoint after getting lost in DC because I'm a country boy". "I showed them the inauguration badge that was given to me".

Maryann Lichtenberger, a neighbor of MaGovern's, says she thinks MaGovern was there to celebrate the inauguration - not disrupt it.

He was ordered to stay out of DC except for in-person court appointments and meetings with his lawyer.