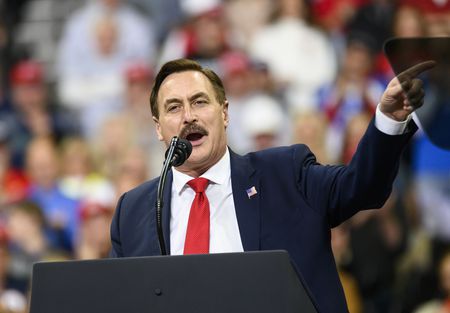 The recent riot at the Capitol by Trump supporters has prompted major US retailers, including Walmart Inc., Amazon.com Inc. and Best Buy Co., to halt political contributions to Republican lawmakers who voted against certifying President-Elect Joe Biden's electoral victory. They're dropping MyPillow. Just got off the phone not five minutes ago. "Kohl's, all these different places", Lindell told Right Side Broadcasting Network. That's a huge blow to the company, but it's understandable that these stores wouldn't want to be associated with a product from a guy who is openly calling for fascism and whose actions helped provoke the most serious attack on democracy we have seen in our lifetimes. "It's not their fault that they're scared".

"I would really welcome them to sue me because I have all the evidence against them", he told The New York Times.

"They're trying to cancel me out", Lindell said.

He added that the companies' actions are a response to social media campaigns he alleged were being spearheaded by "leftist groups".

Lindell told NBC News on Tuesday "a group has attacked my vendors" and that the vendors called him saying they'd been threatened with "a boycott if they don't comply" and drop his products.

In an email to the Dallas Morning News, Kohl's said that it opted to discontinue the product due to lagging sales. One such moment came this week when retail giants Kohl's and Bed Bath & Beyond chose to no longer carry the MyPillow products.

He now faces "welcomed" litigation from Dominion Voting Systems, whose lawyers have accused him of making "false and conspiratorial" claims that the election technology firm somehow altered the outcome of the November 3 vote.

Claims of voter fraud have been widely rejected.

As recently as Monday, Lindell continued to claim he had evidence against Dominion that would support some of those conspiracy theories.

According to a January 8 letter Lindell shared with The Post, lawyers for Dominion accused Lindell of conducting a "smear campaign" and "leverag [ing] your significant social media following to inflict the maximum amount of damage to Dominion's good name and business operations". 'Litigation regarding these issues is imminent'.

Lindell, a staunch supporter of Trump, has continued to share false claims of widespread voter fraud and President Donald Trump's baseless claims that he was the true victor of an election he lost by more than 4 percentage points.