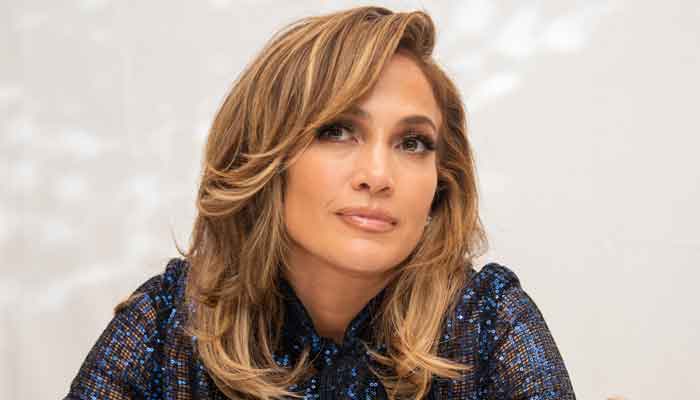 The superstar took the stage outside the U.S. Capitol Building in a gorgeous red, white and blue ensemble that featured a blue top and a billowing red dress.

Although the angelic colour choice perhaps hid some of the anxiety Lopez felt about her performance today.

Like Lady Gaga, who preceded her with a rendition of the national anthem, Lopez took some liberties with her phrasing and tempo, speeding up and slowing down like a lifelong star well accustomed to being closely followed by her collaborators. During today's inauguration ceremony Joe Biden becomes the 46th president of the United States.

While some have expressed distaste with her improvisation, others have taken the "Let's Get Loud" shoutout in stride.

She performed a dramatic version of the USA national anthem, while she wore a huge fuchsia Schiaparelli couture silk skirt and black top adorned by a large gold brooch of a dove carrying an olive branch as she stepped up to sing The Star-Spangled Banner.

Poet Amanda Gorman read a work she finished after the riot at the Capitol. Tomorrow I sing for you and all Americans. The theme of the event was "America United", which the Presidential Inaugural Committee described as "the beginning of a new national journey that restores the soul of America, brings the country together, and creates a path to a brighter future".

The inauguration festivities will carry into the evening on Wednesday with a primetime special, Celebrating America, which will be hosted by Tom Hanks.