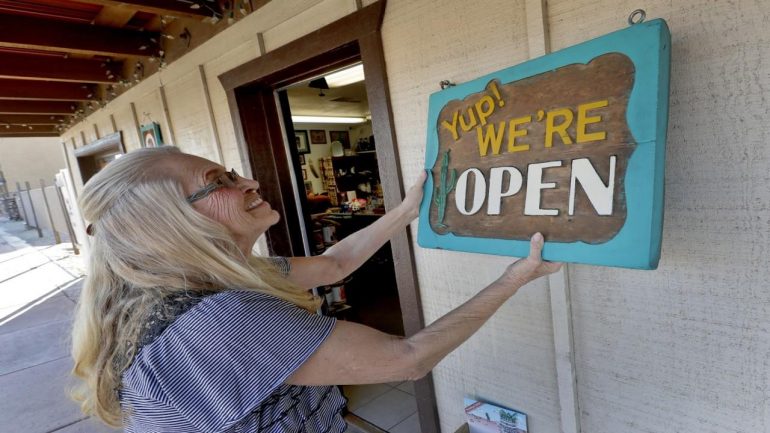 Small Business Administration announced that it has approved approximately 60,000 PPP loan applications submitted by almost 3,000 lenders, for over $5 billion, between the program's re-opening on Monday, Jan. 11, at 9 a.m. ET through to Sunday, Jan. 17.

The slower pace this time was in part by design: borrowing was restricted this first week to lenders specializing in underserved communities, including firms owned by minorities, women, and veterans, and to small lenders.

As of Monday, the Paycheck Protection Program is open to all participating lenders.

"The PPP is off to another great start helping our nation's economy. Moreover, the SBA over-performed operationally, issuing guidance and rules in advance and in alignment with the new law's requirements", Carranza added. In the event the reconciliation amount satisfies the loan in full the PPP lender must notify the borrower the loan has been paid in full, and if the amount remitted is more than what is owed on the loan, the PPP lender must provide the excess funds and any accrued interest paid by the borrower, to the borrower.

If it is a second draw PPP loan, a 25 percent reduction in gross receipts during at least one quarter of 2020 is required.

Initially, only Community Development Financial Institutions (CDFIs) will be able to make loans for first draw candidates starting January 11, 2021, and second draw candidates starting January 13, 2021. Small businesses should consult with their lenders and submit First or Second Draw loan applications if eligible. "We will work together with the public sector to do whatever we can to support small businesses, including by providing access to the PPP loan program for PayPal customers and other small businesses". "As the Program re-opens for all First and Second Draw borrowers next week, the PPP will allow small businesses to keep workers on payroll and connected to their health insurance".

‘Batman: The Animated Series’ reportedly set for a reboot
I have to agree with Smith that this makes way too much sense for WB to not be considering it. She could perfectly serve as inspiration for a series of Batman, the animated series . 1/21/2021