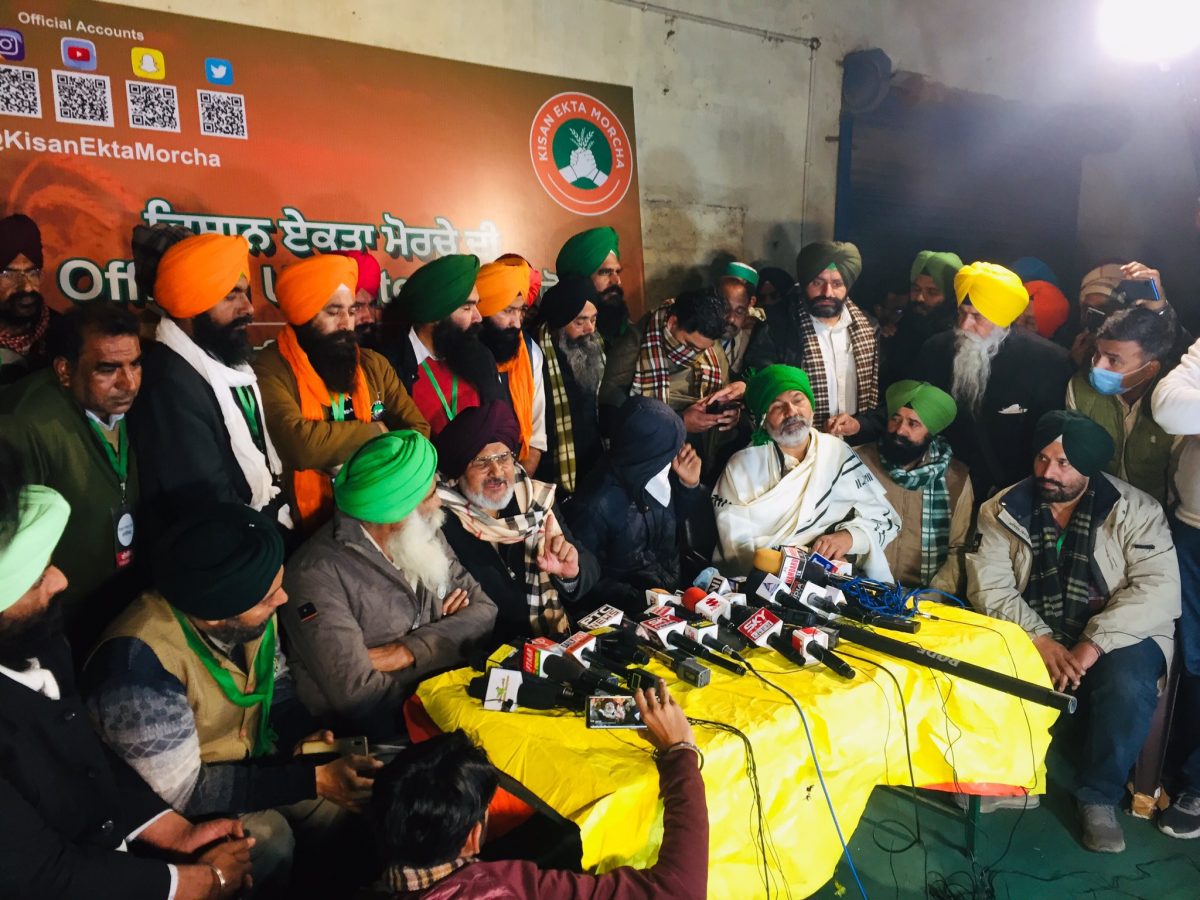 Negotiations between protesting farmers and Indian Prime Minister Narendra Modi's government on Friday ended in an impasse as peasant leaders stuck to their demand for repealing new agricultural laws and rejected the administration's offer to suspend them for 18 months.

Tomar has clearly told the farmer leaders that "if the government has taken a step back and proposed to hold the three laws for one-and-a-half years, it doesn't mean that there is any flaw in the laws".

Talking to reporters after the meeting, Tomar said the Centre gave many proposals to the farmers so that they end the protests, but no resolution was possible when the "sanctity of their agitation" is lost.

In a full general body meeting on Thursday, Samyukt Kisan Morcha, the umbrella body of the protesting unions, rejected the government " s proposal. He promised all help to Nanak Singh.The Chief Minister said in response to a Ludhiana resident's expression of gratitude that he was confident that the Basera scheme will be implemented at the earliest and the benefits will reach the poor.

SAD Kissan Wing Secretary-General Gurpartap Singh Wadala said, "If the motive behind it is honest and if there is any positive development that creates a chance for a breakthrough between farmers and government and that is coming from the government side, farmers should take it very seriously and with an open mind".

Farmer leader Kulwant Singh Sandhu alleged that attempts are being made to disrupt the ongoing agitation against three farm laws.

"The government has maintained from the beginning that it is willing to consider any amendment other than the repeal of the laws", he said. Thousands of farmers, mostly from Punjab, Haryana and western Uttar Pradesh, have been camping at several border points of Delhi since November 28 previous year, demanding a repeal of the three farm laws and a legal guarantee to the minimum support price (MSP) for their crops. They kept us waiting for five hours. Pal said the meeting was not successful.

"A big three-day protest in Kolkata will take place from January 20 to January 22".

On Friday, while addressing a press conference, farmers at the Singhu border presented a masked man who claimed his team members were allegedly asked to pose as policemen and baton-charge on the crowd if things go out of control during the January 26 tractor rally. Thousands of people are participating in this huge event. It will be finalised in one or two days.

The farmers' organisations will meet again on Saturday. "The Centre should change its stand and should repeal the laws", Mollah said.