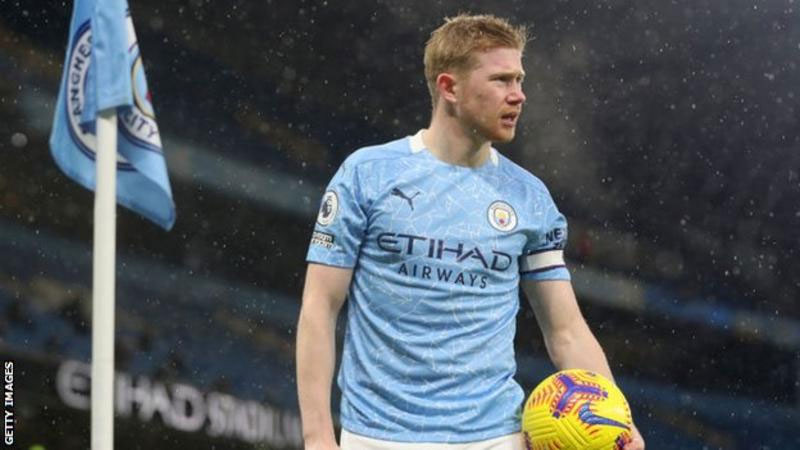 Pep Guardiola has confirmed that Kevin de Bruyne will miss between four and six weeks with a hamstring injury, making Manchester City's upcoming run of matches all the more hard.

Chatting to the media on Friday before facing lower league dreamers Cheltenham Town on Saturday in the FA Cup fourth round, Guardiola said De Bruyne received devastating news after a scan on his hamstring injury he suffered in the 2-0 win over Fulham midweek.

Should De Bruyne be out of action for the full six weeks, he would miss games against West Brom, Sheffield United, Burnley, Liverpool, Tottenham, Arsenal, Borussia Monchengladbach and West Ham - with a potential return date being the Manchester derby on March 6. They have won all of their past nine matches, and are just two points behind Manchester United in the Premier League at the moment. "We have to find a solution as everyone is struggling and we have to adapt".

Not for the first time this season, Guardiola took aim at the Premier League vote that elected not to increase the number of substitutions allowed during games from three to five - a move at odds with other major competitions in Europe.

"This amount of competitions, at the end the bodies of the players says "enough".

"The players don't want to get injured, but they're human". Why can we do it [have five substitutes] in the FA Cup but the Premier League we cannot?

But Guardiola was more upbeat about Walker's prospects, saying: "Kyle had a big impact kick in his hips, but it was just a kick".

"The two young players who came off did really well", Guardiola said.

The Spaniard also said City's record scorer Sergio Aguero felt exhausted after testing positive for COVID-19. He felt uncomfortable for two or three days after his positive test, he felt quite exhausted and had symptoms.

"What we wish is for him to feel better", he said.