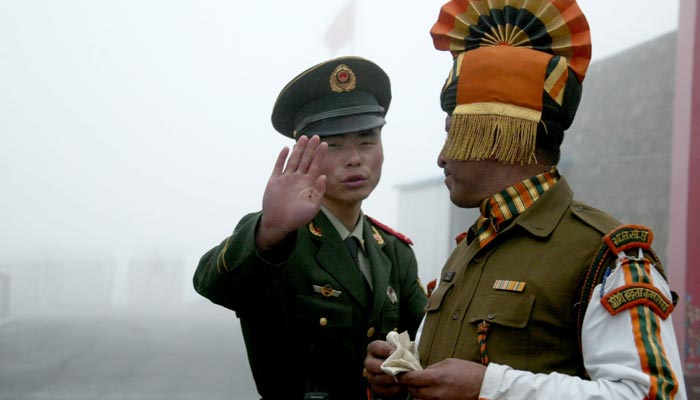 Both sides have mobilized tens of thousands of soldiers, artillery and fighter aircraft along the fiercely contested border known as the Line of Actual Control, or LAC, that separates Chinese and Indian-held territories from Ladakh in the west to India's eastern state of Arunachal Pradesh, which China claims in its entirety.

The face-off was resolved by local commanders as per established protocols, Army said in a statement.

According to reports, the clash between Indian troops and the Chinese PLA took place last week after the latter tried to intrude.

The ninth round of Corps Commander Level talks between India and China to address the ongoing military standoff in Ladakh ended at 2:30 am on Monday.

Tensions have been high between the two countries since a deadly clash in another disputed border area, BBC reported.

Following the sixth round of military talks, the two sides had announced a slew of decisions including not to send more troops to the frontline, refrain from unilaterally changing the situation on the ground and avoid taking any actions that may further complicate matters. However, the situation has been brought under control now. However, sources had mentioned earlier that while China has indicated willingness to pull back its troops from the friction areas, the two sides have not reached an agreement on the details of the process of disengagement.

At present, more than one lakh troops from both sides were facing each other at the 1,700 km long LAC in Ladakh.

Meanwhile, in the last few months, India has returned two Chinese soldiers who had crossed into India's side of the LAC.

Indian Air Force (IAF) chief R K S Bhadauria on Saturday had said if China opted for an aggressive stance in Eastern Ladakh, "we can also be aggressive".

India is also wary of China's moves to extend its diplomatic muscle into South Asia through massive investment schemes. In Sikkim, there has been a conflict between the Army of India and China. Chinese never made their casualty public.

Tensions soared in June last, after troops clashed in hand-to-hand combat in the Galwan valley in Ladakh, abutting the Chinese-held Tibetan plateau. Indian deployment has also mirrored the Chinese pattern.