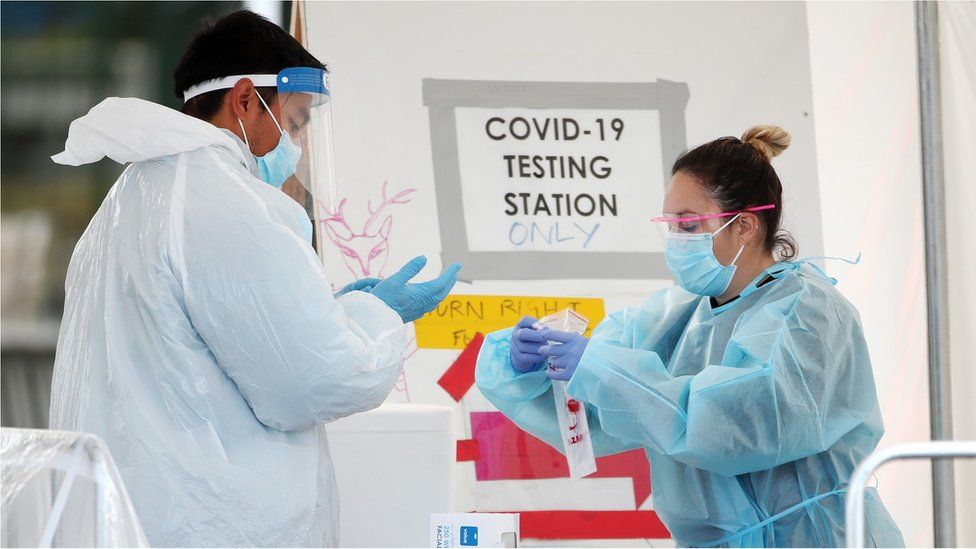 Welcome to The Spinoff's live updates for January 24.

The infection in a 56-year-old woman who returned to New Zealand on December 30 was of a coronavirus variant first detected in South Africa, the COVID-19 response minister Chris Hipkins said during a news conference. That person has been tested and is also isolating while awaiting results.

The woman lives just south of Whangārei and is now still there.

It is not known how the woman was infected or whether the infection is new, Bloomfield said.

The Ministry said now there are 25 patients with two additional patients in ICU at the Couva Hospital and Multi-training Facility, and 12 patients at the Caura Hospital.

Four close contacts of the women have also been tested and are isolating.

The Health Ministry published a list of the locations, including supermarkets, restaurants and a gallery.

The infection is the South African variant of COVID-19.

"We are ready, practices know what to do and they are doing it".

He said the case was of concern because of the transmissibility of the South African variant and because the woman had been in the community.

If the source of the virus showed it had a long incubation period, if it had been brought back from overseas, they might need to have another look at changes to MIQ.

The woman tested negative on January 2 and 10 in managed isolation, and was released on January 13, after which she went home.

Mr Hipkins said the woman was in a hotel room close to another COVID-19 case, on the same floor.

"There is a lot of testing available around the community". But it said the initial test results suggest "that it is new and we are treating it as such".

"The safest thing to do is to keep each planeload together because we know that is one of sources of infection is the plane journey itself".

'She didn't talk about respiratory symptoms, it was more muscle aches, so she may not have been sharing or spreading the virus much, ' he said.

Bloomfield said the ministry was working on the assumption that this is one of the more transmissible variants of Covid-19.

Mr Hipkins said it was "too early" to comment on any further response.

There are 79 active cases in the country. "We have seen this before", he said.

Covid-19 Response Minister Chris Hipkins told Morning Report that the results for the woman's husband and hairdresser have since come back negative.

It's the first time in more than two months that New Zealand has recorded a case outside of hotel quarantine.

Hipkins and director general of health Ashley Bloomfield will hold a press conference at the Beehive at 4pm today, and we'll have more updates then.