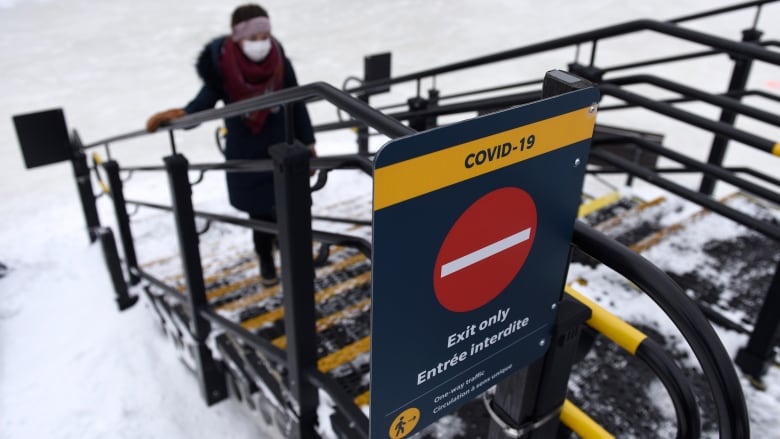 All incoming travellers must be tested for COVID-19 upon arrival at Toronto's Pearson Airport starting February 1 at 12:01 p.m., Premier Doug Ford said on January 29.

On Friday, the province said that in light of the detection of variant cases, it was not now considering lifting strict public health measures until at least February 9, when a state of emergency is set to expire.

The province reported 1,837 new cases of COVID-19 on Friday and 58 more deaths related to the virus.

The plan also includes screening positive COVID-19 patients for symptoms of the the UK, South African and Brazil COVID-19 variants.

Dr. Adalsteinn Brown is the co-chair of Ontario's COVID-19 Science Table, a group of scientific and health experts who advise the government on the coronavirus.

The government also reported that at least 51 cases of the United Kingdom variant had been recorded in the province so far.

He also added that new information on morbidity and mortality rates of the new variants, which were initially thought to be simply more transmissible than the initial strain, is starting to show that the variants may indeed be more fatal.

It's part of a six-point plan that Ford says in the coming weeks will explore more testing measures at Pearson and Ontario's land borders. This new measure will take effect as of February 3, 2021.

Elliott said the province's network of labs completed almost 49,400 tests in the past 24 hours. PHO will also undertake and coordinate genomic sequencing efforts to identify new and emerging variants by sequencing up to 10 percent of all positive tests by February 17.

The provincial workforce will continue supporting public health units to ensure cases and contacts are reached as soon as possible and monitored through their quarantine period.

Leveraging data - the province will work with a made-in-Ontario technology company DNAstack to immediately establish a genomics databank and real-time analytics dashboard to identify known and emerging variants of COVID-19.

While modelling released this week shows the number of COVID-19 infections and hospitalizations in decline, public health officials have warned a "variant of concern" (VOC) could cause spikes in cases.