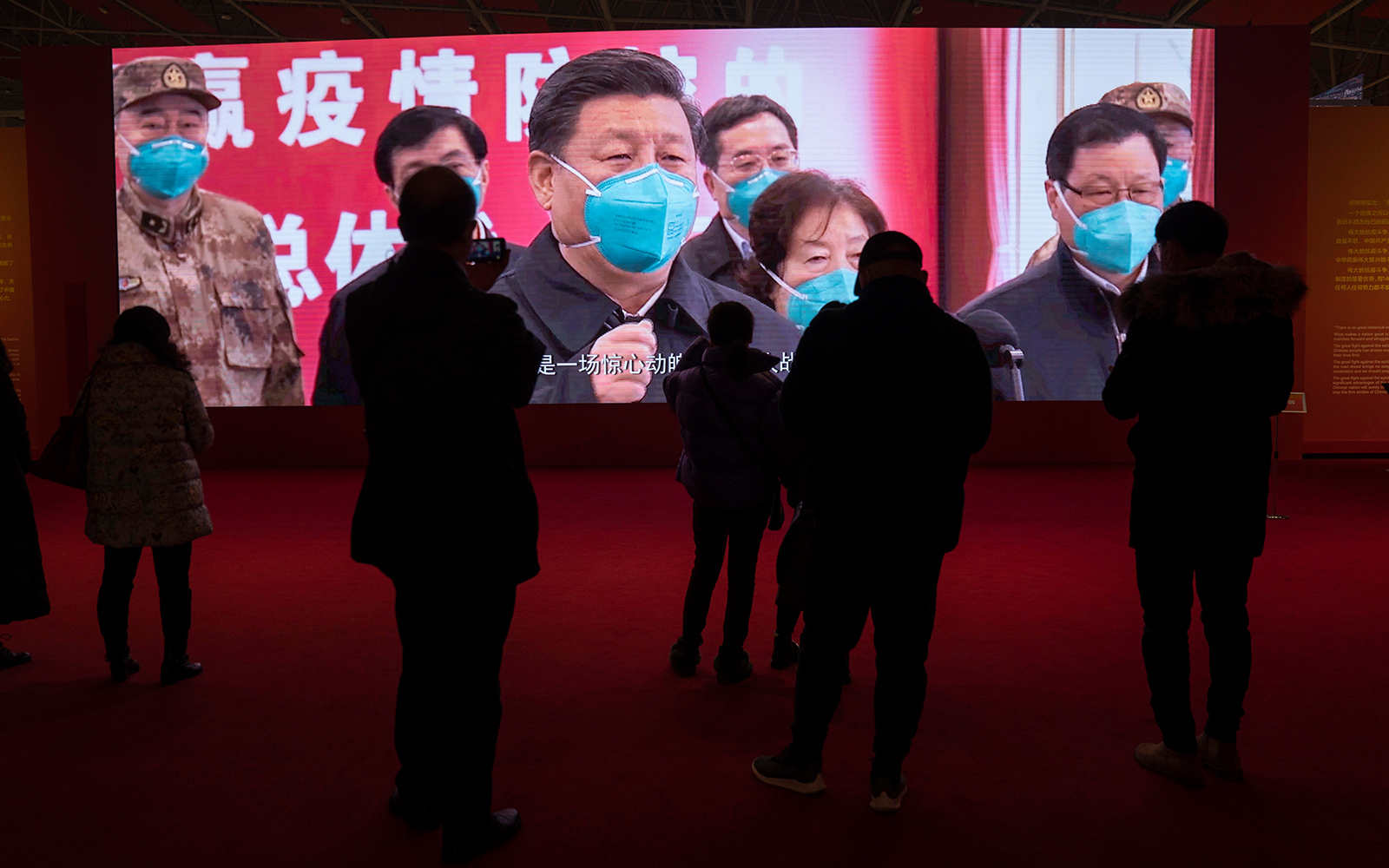 The team members visited the Huanan Seafood Market for about an hour in the afternoon, and one of them flashed a thumbs up sign when reporters asked how the trip was going.

Chinese medical staff react as the World Health Organization team leave after their visit to the Hubei Provincial Hospital of Integrated Chinese and Western Medicine also know as the Hubei Province Xinhua Hospital in Wuhan in central China's Hubei province on January 29, 2021.

The hospital visits were part of the second day of fieldwork that began with experts meeting Chinese scientists Friday to discuss plans to visit laboratories, markets and hospitals.

The WHO-led probe has been plagued by delays, concern over access and bickering between Beijing and Washington, which accused China of hiding the extent of the initial outbreak and criticised the terms of the visit, under which Chinese experts conducted the first phase of research.

The team also held virtual meetings with Chinese scientists during a mandatory 14-day quarantine after arriving in Wuhan on January 14, which it completed on Thursday, according to the WHO.

On Dec. 31, 2019, after four cases of a mystery pneumonia were linked to the market, it was shuttered overnight.

The seafood market is where the first COVID-19 cases in China were discovered.

"Important opportunity to talk directly w/ medics who were on the ground at that critical time fighting COVID!"

So far, it has included visits to hospitals, markets, and an exhibition commemorating Wuhan's battle with the outbreak. "Stories quite similar to what I have heard from our ICU doctors", team member Marion Koopmans tweeted.

The precise timetable of experts from the World Health Organization (WHO) thus remains opaque: their messages on social networks as well as those of the WHO constitute the rare sources of information.

I'd like to stress that the exchanges and cooperation on origin-tracing between World Health Organization experts and Chinese professionals are part of a global study, not an investigation, Chinese Foreign Ministry spokesman Zhao Lijian told media briefing in Beijing on Friday.

After the visit to Huanan Seafood Market, it is to be seen whether the worldwide team would be permitted to visit the controversial Wuhan Institute of Virology (WIV), where former US President Donald Trump alleged that the virus might have escaped into the open.

Northeast Braces for Major Winter Storm Orlena
The storm track is still uncertain, so there's a chance that heavier snow will fall farther west and north than now forecast. The National Weather Service has canceled the Winter Storm Warning for Washington, Ozaukee, Walworth and Waukesha counties. 2/01/2021