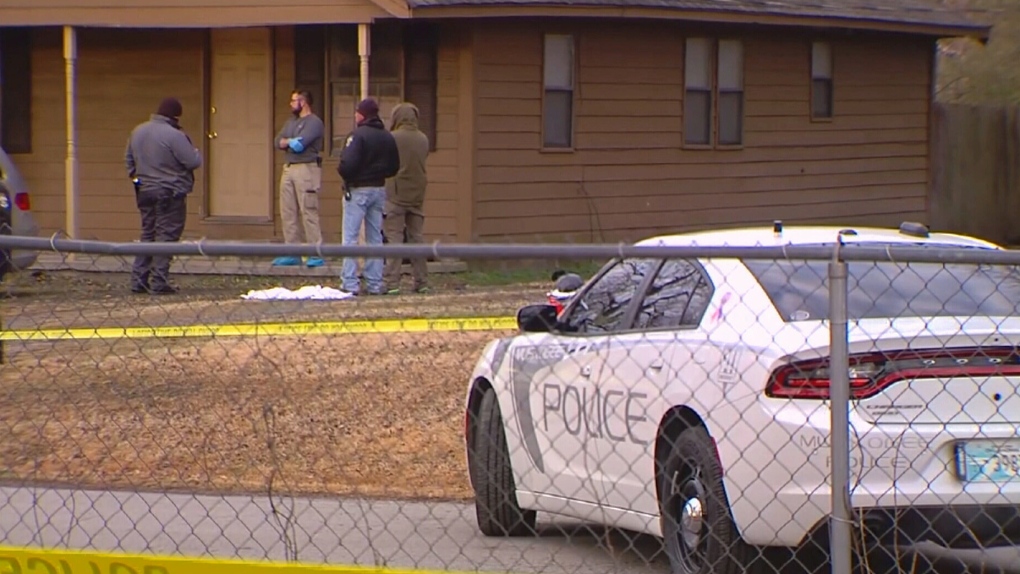 Muskogee Police are reporting that one man and five children have been shot to death inside a Muskogee house.

Police responded to a 1:30 a.m. call of multiple people shot at a residence in southeast Muskogee, and when officers arrived, a suspect emerged brandishing a weapon, officials said.

The suspect ran off, ' said Lynn Hamlin, with Muskogee police. An officer fired a shot, but missed the man, and he took off running.

Muskogee police identified Pridgeon as the suspect they have in custody in connection with the tragic shooting.

More information will be released today.

Investigators believe the victims were a family, Hamlin said.

Police say a woman is now being treated for life-threatening injuries at a Tulsa hospital.

Authorities found one man and four children dead at the scene, and a fifth child died at a Tulsa hospital, Hamlin said.

The slain children were described as elementary school-age, or younger, reported Tulsa World.

Cops say that they have a suspect in custody, according to Fox 23.

Authorities have not released the name of the person arrested or any details about the people who died.

Court records indicate that Pridgeon has a criminal history, which includes charges of assault and battery with a risky weapon, threatening to perform act of violence and malicious injury to property under $1,000 stemming from an incident in 2019.