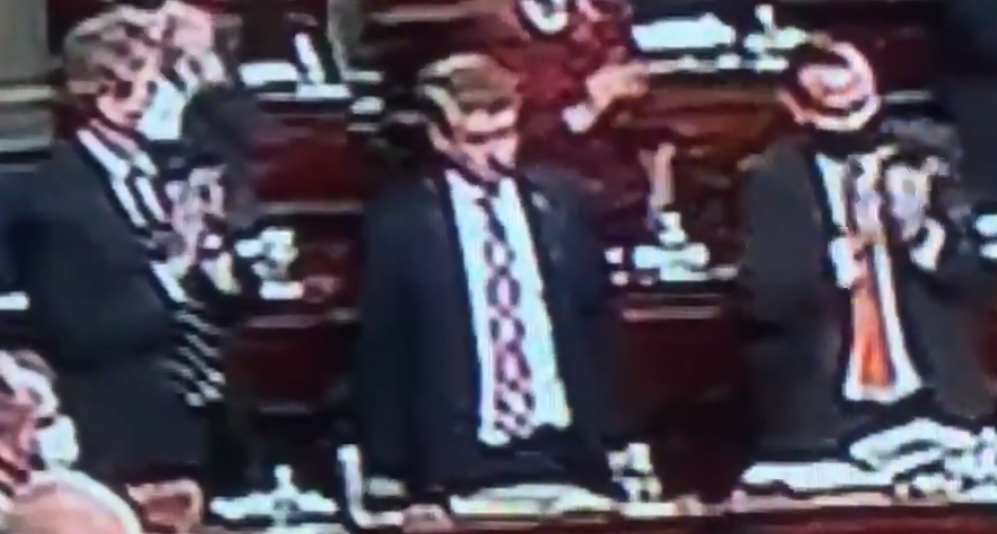 The entire Senate gave a rousing ovation to Goodman, showing a rare and refreshing moment of bipartisanship in the chamber.

The Senate voted to award Goodman the medal - the highest honor Congress can bestow - by unanimous consent, meaning there were no objections.

Senate Majority Leader Chuck Schumer called the vote at the end of the day's impeachment proceedings, noting Goodman's "foresight in the midst of chaos, and his willingness to make himself a target of the mob's rage so that others might reach safety".

Pelosi said the attack on the Capitol highlighted the "extraordinary valor" of Capitol Police who "risked their lives", including Officers Howard Leibengood, Jeffrey Smith and Eugene Goodman. The speaker also singled out the heroism displayed by Officer Eugene Goodman, who not only directed the violent mob away from the Senate, but also specifically redirected Republican Utah Sen. Mitt Romney who was outside the Senate chamber. "If not for a quick thinking and bravery of Officer Eugene Goodman in particular, people in this chamber may not have escaped that day unharmed".

House Speaker Nancy Pelosi says she'll sponsor legislation awarding the Congressional Gold Medal to the U.S. Capitol Police and other law enforcement officers who protected the Capitol as it was overrun by supporters of former President Donald Trump.

Romney said he had not been aware that it was Goodman who had warned him away from the mob and later thanked the officer. "The nation saw and has now seen numerous examples of the heroic conduct of the Capitol Police, the (D.C.) Metropolitan Police, the S.W.A.T. Teams that were with us on January the 6th here in the Capitol protecting us".

In a letter, Pelosi urged other members of Congress to sign on to her resolution that would grant the officers who fought back the mob on January 6 the Congressional Gold Medal. Our heartfelt gratitude extends to each and every one of them, particularly now as members of the force continue to bear scars seen and unforeseen from the events that much disgraceful day.

The House is continuing its impeachment case against Trump over the riot.