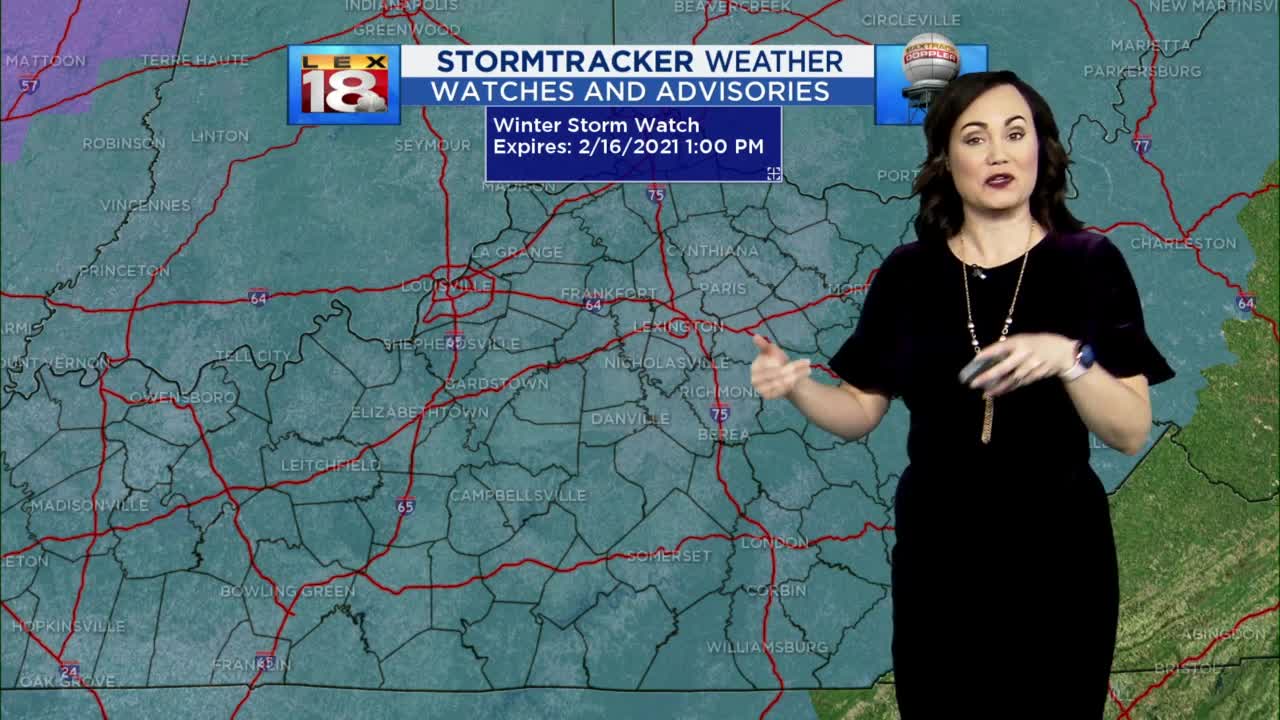 Meanwhile, up north in Amarillo and the Texas Panhandle, their weather is slated to be even colder: with a low of -9 on Sunday, going into Monday; and a low of -2 for Monday night going into Tuesday morning.

Temperatures will hover in the 30s throughout Sunday as wind chills likely stay in the 20s!

The National Weather Service has issued an ice storm warning starting at 1 p.m. that cautions residents of the Portland and Vancouver areas against ice accumulations of one-third to two-thirds of an inch, heaviest near the Columbia Gorge. You can expect freezing rain that will transition to a sleet/snow mix and then eventually snow.

FRIDAY-SATURDAY: Finally, it looks like sunshine will return for Friday and Saturday which will allow temperatures to climb back into the 40s and 50s each afternoon. Temps remain below freezing through the week, so all snow we get will be around for awhile. More snow is on the way towards the end of the week.

The biggest concern is ice... a layer of ice between 1/10 to 1/4 inch thick will likely accumulate. However as overnight lows bottom out below freezing, any precipitation on the ground and other surfaces will refreeze.

Areas near the major cities may see freezing rain on Monday and Tuesday.

Significant ice and snow accumulations will be possible with this midweek winter storm as well.

"We certainly understand that it's not a great situation and we're doing everything we can to restore power as quickly as possible, but with the amount of ice and downed trees, there are a lot of individual outages", she told Statesman Journal.

It's too early to project possible snowfall totals due to uncertainty surrounding the track, duration, and strength of the system. Hopefully, you have an inside space where they can stay at least for tonight and Monday night.

Temperatures will be plummeting into the mid-upper teens on Tuesday morning (Wind chills in single digits) and that is clearly pipe busting type cold.

Forecasters say travel could be "very difficult" and could affect morning or evening commutes during that time.

Partial sunshine expected on Tuesday, but still some uncertainties on how warm we get throughout the afternoon.

Another round of winter precipitation and freezing temperatures are forecast Wednesday.

Another storm system pushes through late Wednesday into Thursday (just a rain event).

Saturday morning, there will be some freezing drizzle across the South Plains.