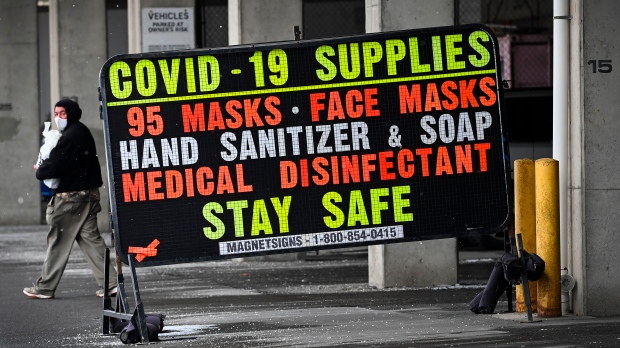 "We have asked the public health measures table to give us more specific advice on triggers for the emergency brake but I would say that one of the big ones in the percentage of cases that are the variants of concern", she said.

The province logged 910 new COVID-19 infections on Sunday along with 15 new virus-related deaths.

Tuesday's 904 cases come as many regions across the province have lifted their stay-at-home order. We now have 742 COVID-19 patients in the hospital with 292 people in the ICU and 201 in the ICU on a ventilator.

These figures follow the 964 cases reported on Family Day.

There have been 319 confirmed cases of variants of concern in Ontario, including 307 involving the more contagious strain of COVID-19 that was first detected in the United Kingdom.

Newfoundland and Labrador reported 11 new cases of COVID-19 on Sunday, while New Brunswick recorded two, compared to 16 on Saturday.

Toronto, Peel Region, York Region and North Bay Parry Sound District are not included in the regions moving into the tiered system and the province's stay-at-home order will remain in place until February 22.

There are now confirmed cases of the UK, South African, and Brazilian COVID-19 variants in the province. The three regions are the last in Ontario to have students return to physical classrooms - the provincial government allowed other regions to reopen shuttered schools in phases over the last few weeks. The number of cases for any city or region may differ slightly from what is reported by the province, because local units report figures at different times.