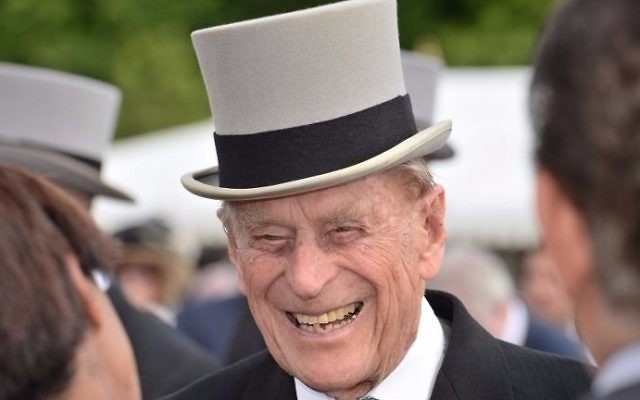 Prince Philip, 99, has been admitted to a London hospital after feeling unwell, Buckingham Palace says.

Queen Elizabeth's 99-year old-husband was taken by vehicle from Windsor, England, to the King Edward VII Hospital in London on Tuesday evening, according to the palace.

In a statement, the palace said: "The Duke's admission is a precautionary measure, on the advice of His Royal Highness's Doctor, after feeling unwell".

Prince Philip retired from public duties in 2017 at the age of 96 following a two-night hospitalisation for an infection.

Queen Elizabeth and the prince have been staying at Windsor Castle, west of London, during Britain's coronavirus pandemic.

Philip married the then-Princess Elizabeth in 1947 and is the longest-serving royal consort in British history.

In December 2011, he was airlifted to Papworth Hospital near Cambridge from Sandringham with chest pains before undergoing surgery for a blocked coronary artery, spending Christmas Day and Boxing Day in hospital.

The duke has been in and out of hospital a bit over the past few years, most recently in April 2018 when he had a hip replacement.

In 2019, the Duke of Edinburgh was involved in a vehicle crash when he attempted to pull out of a driveway near the Sandringham Estate in Norfolk.

"The Duke of Edinburgh traveled from Norfolk this morning to the King Edward VII hospital in London for observation and treatment in relation to a pre-existing condition", a rep for Buckingham Palace told Fox News in a statement at the time. Philip needed help to get out of the Land Rover but wasn't injured.

Few schools should fully reopen under CDC’s new guidelines
She has noted that the CDC put teachers in the same priority group for vaccinations as people over the age of 75. President Biden speaking in Milwaukee on Tuesday. "I'm exhausted of talking about Trump". 2/17/2021