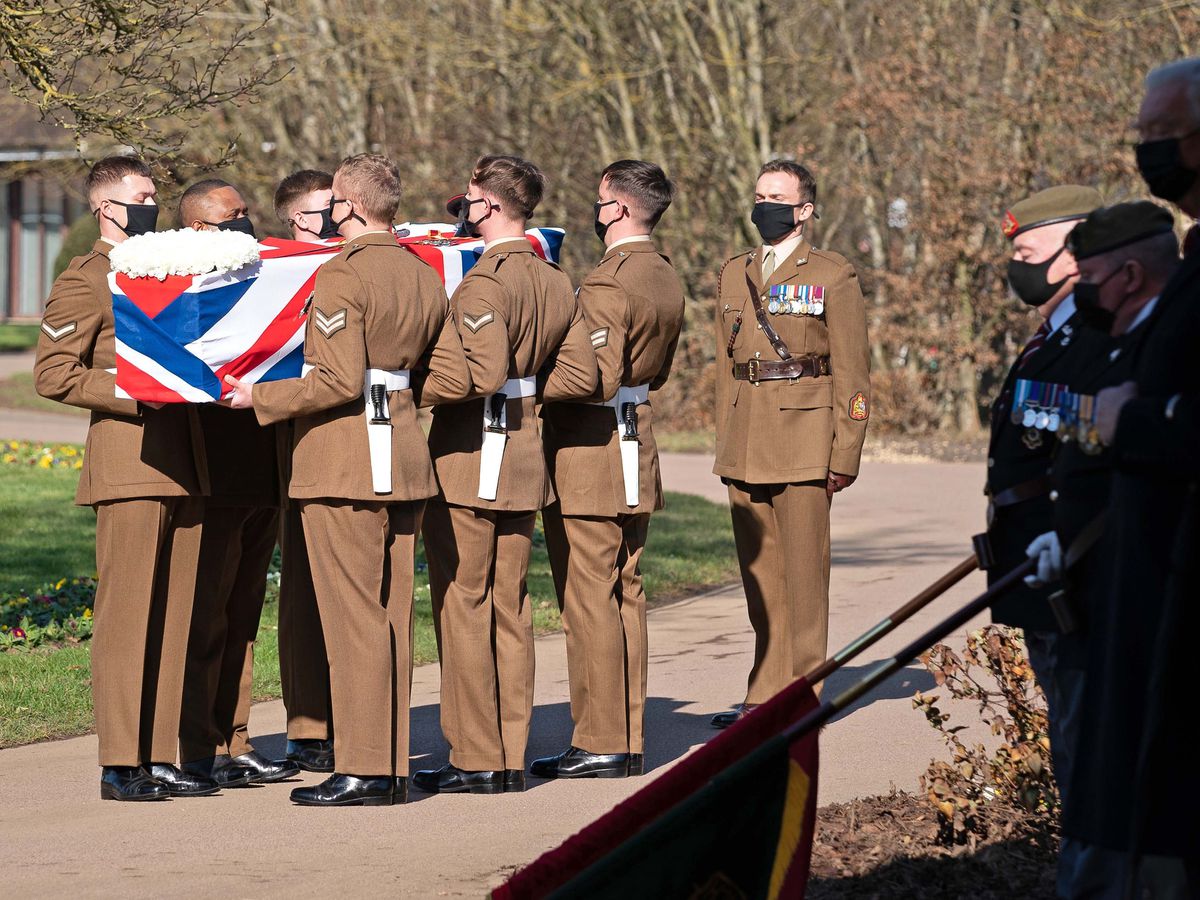 Soldiers performed ceremonial duties at the service for the 100-year-old Moore, whose charity walk inspired the nation and raised nearly 33 million pounds ($46 million.) Captain Tom, as he became known, died February 2 in the hospital after testing positive for COVID-19.

As his coffin was carried by the Yorkshire Regiment solders, a C-47 Dakota, part of the Battle of Britain Memorial Flight, soared past in tribute to the man whose charity efforts inspired people across the UK.

His Union Flag-draped coffin was carried by soldiers from the regiment into the crematorium in Bedford, eastern England, past empty pews due to coronavirus restrictions.

She said: "Daddy, you always told us "best foot forward" and true to your word that's what you did previous year, raising a fortune for the NHS and walking your way into the nation's hearts".

"Few will have heard of Sir Tom before this crisis but his contribution and example now lives on in us all".

He raised almost £33 million for healthcare charities by completing 100 lengths of his garden before his 100th birthday in April previous year.

They tweeted after the service asking people to raise their "cups of tea" to him, adding: "Today we celebrate the life of our hero". A bugler sounded The Last Post to close the service.

It later merged with two others from Yorkshire, becoming the Yorkshire Regiment, with Sir Tom becoming an honorary colonel last August.

Six representatives from the Army Foundation College in Harrogate, where Sir Tom was made an honorary colonel, also formed a ceremonial guard.

The veteran's other daughter Hannah, who managed his social media accounts and announced his death earlier this month, said the world had become "enthralled" by her father's spirit of hope, positivity and resilience.

The fundraiser served with the Duke of Wellington's Regiment during the Second World War.

"He was very clear in his wishes and if he could have been put into a cardboard box, he would have done that, rather than chop down a tree".

The family has also set up an online book of condolence.

Moore's performance of "You'll Never Walk Alone", a charity single that he recorded with Michael Ball, was played at the start of the ceremony.

The family has urged well-wishers to stay at home as the country remains in lockdown.

Once COVID-19 restrictions loosen, his family will inurn his ashes in the Moore family plot with his parents and grandparents in Yorkshire.