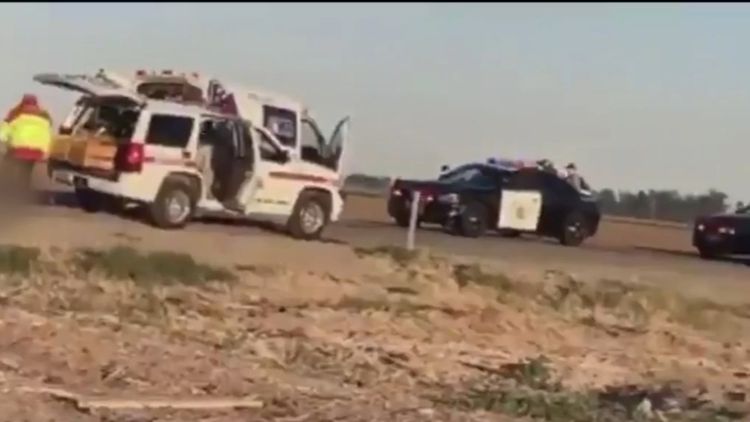 At least 15 people have been killed in Southern California after an SUV believed to be carrying 27 people crashed into a semitruck.

Crashes involving high death tolls are not uncommon along the California-Mexico border during chases with USA border authorities, according The San Diego Union-Tribune.

During a Tuesday afternoon press conference, California Highway Patrol (CHP) Border Division Chief Omar Watson said that they were still trying to determine the speed of the vehicles at the time of impact and the cause of the accident.

Officials said some of the victims were ejected from the SUV and died at the scene, while some died inside the vehicle.

"The patients are going through a little bit of a hard time as you can imagine", said Adolphe Edward, chief executive officer of El Centro Regional Medical Centre.

"This is a major accident with major trauma", he said. "We are taking care of them in the emergency room department".

"We're not sure exactly what caused the collision", he said. While law enforcement was still investigating what led to the crash, weather did not play a factor, Watson said.

"It was a pretty chaotic scene", Watson said, later adding that, "everyone in the vehicle was injured to some extent".

The SUV was headed west on Norrish Road at the intersection of state Highway 115.

The awful collision took place Tuesday morning north of the city of Holtville, according to the Imperial County Fire Department. He did not identify the nationalities of the injured, but said that authorities had reached out to the Mexican Consulate for help, and that it was not yet clear whether any of the passengers were American citizens.

The SUV involved in the accident was a Ford Expedition, which would have a legal capacity of about eight people, police told U.S. media.

A spokesperson for the El Centro Border Patrol told Fox News that agents responded to the incident at the request of the Imperial County Sheriff's Department and are on scene to provide assistance to local law enforcement as needed.

Authorities do not yet know if the driver of the 1997 Ford Expedition, who died in the crash, had stopped at a stop sign before crossing into the path of the big rig around 6:15 a.m., Watson said.

"This was not a Border Patrol pursuit", Watson said.