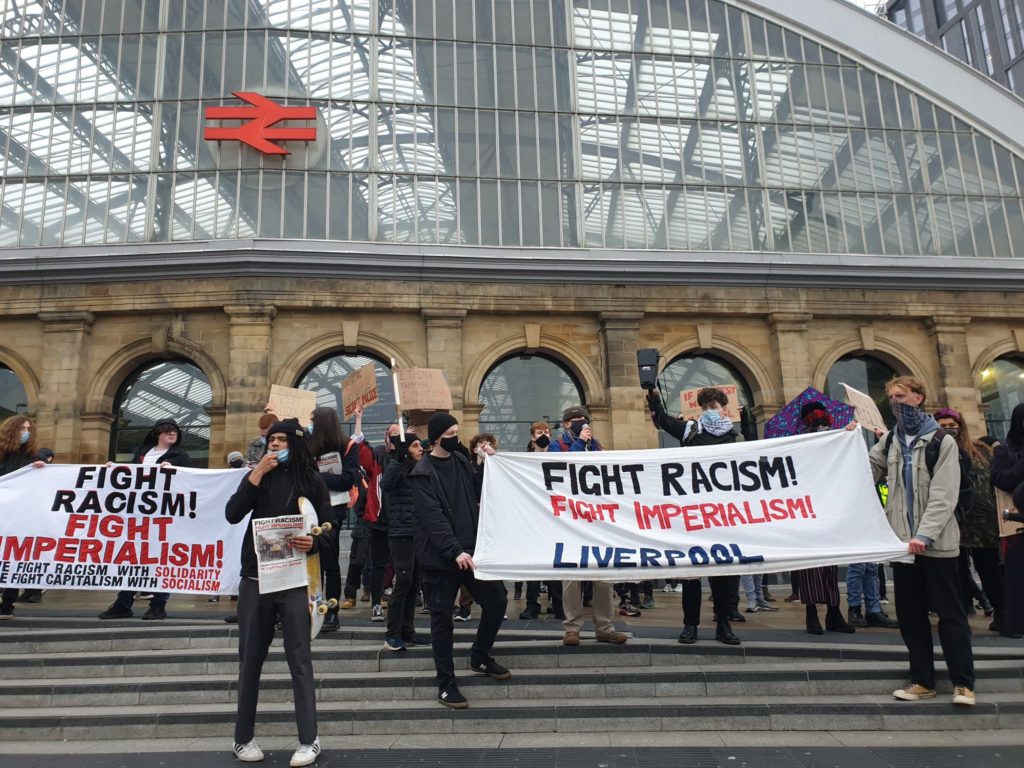 Avon and Somerset Police's Chief Constable Andy Marsh condemned the actions of some protesters after violence broke out during a Kill the Bill protest on Sunday.

The clashes erupted after a rally against the new "Police and Crime Bill" - drawn up by the government to grant the police greater powers to crack down on disruptive protests - when hundreds of protesters converged on a local police station.

But tensions escalated as the protest wore on Sunday, leading to violent scenes that have been condemned by officers and lawmakers across the political spectrum.

A demonstration about plans to give the police more powers to deal with non-violent protests has turned violent.

Police said missiles had been thrown at them, including fireworks, and they had also been verbally abused.

A Reuters photographer at the scene saw some demonstrators launch fireworks towards police officers, try to knock over a police van, scale the outside wall of a police station and spray graffiti on it. "We have 20 officers injured, two of them seriously, and I spoke to one of them in hospital".

Avon and Somerset Police has said it will now be carrying out a "significant investigation to identify all those responsible".

The government bill pre-dated the Everard case and covers a wide range of policy areas as well as the policing of protests. A Metropolitan Police officer was charged with kidnapping and murdering the 33 year old.

"I have major concerns about the Bill myself, which is poorly thought-out and could impose disproportionate controls on free expression and the right to peaceful protest". "It's just going to be used against us as evidence to keep our right to protest away from us".

"And it is not about protest for them, it is about violence, it is about damaging property, it is about anarchy - that is what we saw on the streets last night".

"I believe the events of yesterday were hijacked by extremists, people who were determined to commit criminal damage, to generate very negative sentiment about policing and to assault our courageous officers", he added.

He said nine of a neighborhood policing team's vehicles had been damaged during the violence and as a result their work to protect the most vulnerable people in Bristol has been hampered.

Those convicted under the proposed legislation could face a fine or jail.