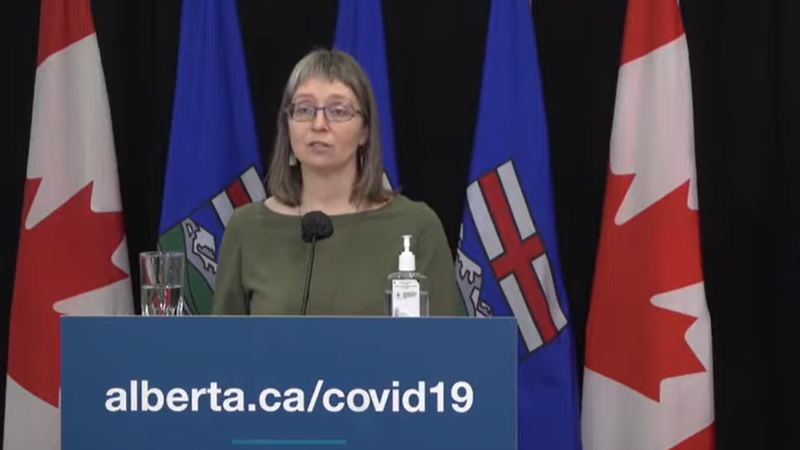 The variants of concern have grown to 19 per cent of all active cases in Alberta the province registered another 202 variant cases in the past 24 hours, setting a provincial record.

Across the province, 284 people were being treated in hospital for the disease, including 59 in intensive care beds.

Alberta also reported three more deaths from the virus, bringing the total to 1,979.

Earlier in the day, Dr. Theresa Tam, Hinshaw's federal counterpart, said variant cases have been increasing throughout Canada, with the highest numbers in Alberta, British Columbia, Ontario and Quebec. Restrictions on indoor gatherings would have been eased as well, but remain banned.

"I have been concerned from the beginning but certainly what we are seeing right now is that tipping point in some locations where the variant cases are becoming close to equal with (the first strain of COVID-19), and that we could see in the future that they become the dominant strain", Hinshaw said. "Obviously variants are also an additional metric to watch but there's no single metric that will tell us when we need to implement something or not".

She encouraged people to stay away from the infectious individual in the house, or for that person to stay in an isolation hotel, which are free of charge.