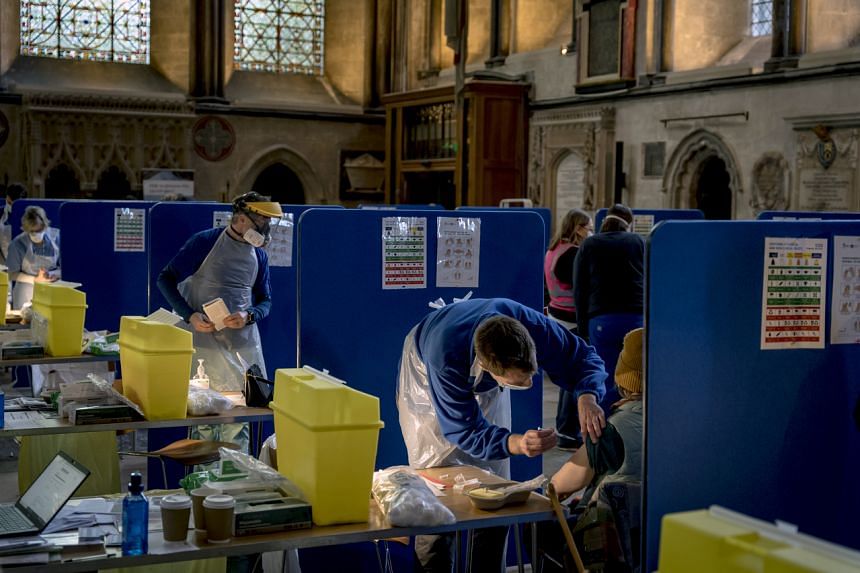 British Prime Minister Boris Johnson said Thursday that the government is considering coronavirus vaccine certification but suggested it might only be implemented once all adults in Britain have been offered a vaccine by the end of July.

"I do think there is going to be a role for certification", he said.

"Pub passports" are the latest thing to be talked about for the roadmap out of Covid, but concerns have been raised as this could be seen as discriminatory and unfair towards some who cannot have a vaccine for medical reasons or chosen not to.

In a video message posted on Twitter on Friday, Johnson said the visit of Bangabandhu Sheikh Mujibur Rahman in 10 Downing Street in 1972 was "instrumental" in forging the friendship between the two countries.

But Tooby, who stressed that he is "pro the vaccine" himself, added that any vaccine passporting for pubs could also be a problem on civil liberties grounds.

Industry group the British Institute of Innkeeping slammed the idea of vaccine passports and urged the government to stick to the June 21 date for the end of social distancing.

But trade bodies have said making access conditional on jabs is "simply unworkable" and would cause "conflict" between staff and punters.

When asked about the possibility of such a policy, Mr Johnson said: "I think that's the kind of thing that may be up to individual publicans, it may be up to the landlord".

Tory MP Steve Baker said it was a "ghastly trap" and unfairly penalised those advised not to have a vaccine.

Labour's shadow business secretary Ed Miliband told ITV's Good Morning Britain: "If this was really a public health measure, you wouldn't be saying, "Well, it is going to be a landlord discretion" - you'd be saying, "This is the government's view, this is what's safe".

The British Beer and Pub Association said the requirement would not be "appropriate or necessary".