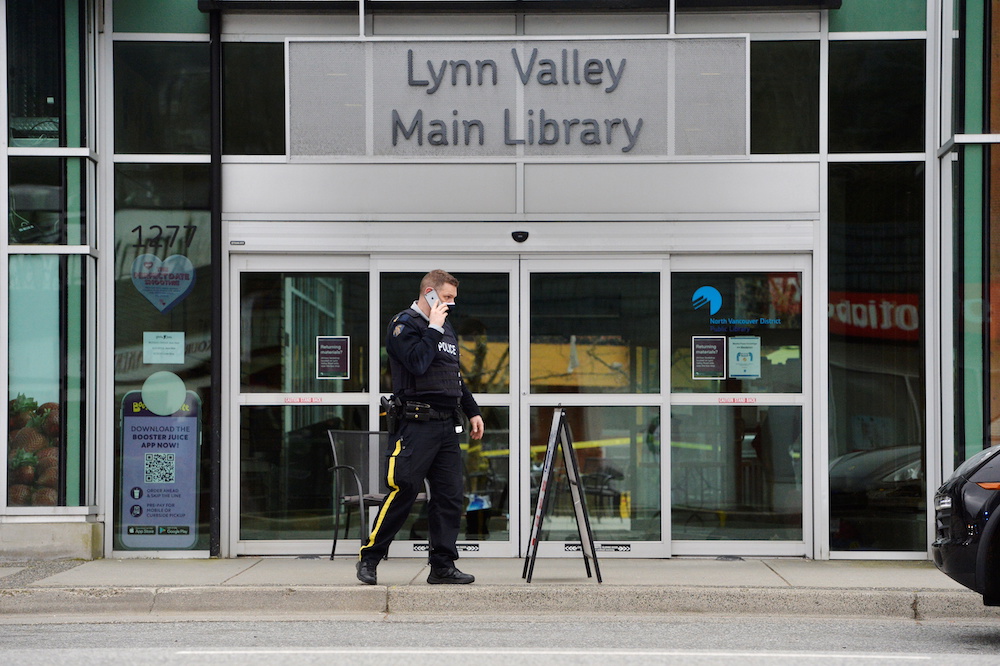 A murder charge has been laid in the horrifying attack that left a woman dead and six injured at a library and shopping centre in North Vancouver on Saturday.

"One suspect in custody".

A family embraces at a makeshift memorial outside the Lynn Valley public library.

The CTV network broadcast a video apparently showing the arrest of the suspect, who seemed to stab himself in the leg before collapsing and being detained by several police officers.

Sgt. Frank Jang of the IHIT - which serves 28 RCMP and four municipal police communities in British Columbia - said key to the case will be establishing a motive for the attack. He remains in police custody, IHIT said in its release.

"We share the community's grief and outrage", says Supt.

Police said their priority Sunday would be on providing the necessary resources and support to the victims of the attack, their families and the first responders who were called to the scene.

"I think this just so illustrates how much of a community we are", Chant said.

The stabbings took place in the afternoon in and near the library in an upscale neighborhood of the Pacific coast city.

"I saw people running and out of the café bringing tea towels and various supplies to help with some of the bleeding".

"I saw people getting tended to by paramedics, they were being given first aid next to a vehicle and also next to a restaurant, and pulled away on stretchers", he said.

According to the Royal Canadian Mounted Police in North Vancouver, one suspect has been taken into custody.

One witness, Steve Mossop, said he and his partner stopped in traffic when they saw a bloodied woman who told them she had just been stabbed.

Ethan Jackson, who works at a dental office nearby, described hearing a woman scream then seeing a man lying on the ground outside covering his face, surrounded by blood.

"To everyone affected by this violent incident in Lynn Valley, know that all Canadians are keeping you in our thoughts and wishing a speedy recovery to the injured".