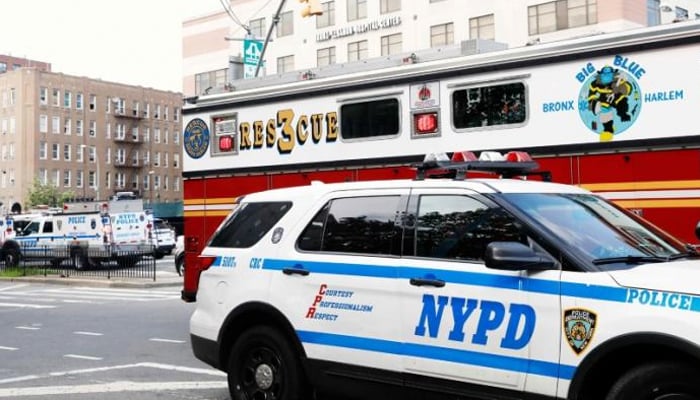 Fox5 in NY shared a disturbing video of a 65-year-old Asian woman violently attacked-kicked in the stomach and head by her assailant, while also being verbally assaulted with racial slurs-as building workers at Hell's Kitchen stood by and did nothing.

Police have appealed for help identifying the man who assaulted the victim, who was on her way to church at around 11:40 a.m. on Monday when her assailant yelled, "F-k you, you don't belong here", as he beat her, according to police.

The New York Post, which first reported on the arrest, said Elliot lives in a homeless shelter near where the attack occurred. The Associated Press reports that Elliot was convicted of stabbing his mother to death in the Bronx when he was 19, and is on lifetime parole after being released from prison in 2019.

This year in New York City there have been 33 hate crimes with an Asian victim as of Sunday, police said.

The video appears to show the 65-year-old woman getting kicked in the stomach, which causes her to fall. Even after the assailant walked away and the woman was left on the ground, one man inside the building closed the door after seeing her.

She was discharged from the hospital Tuesday after being treated for serious injuries, a hospital spokesperson said.

Police released this image of the man wanted in connection with the attack.

"Our union is working to get further details for a more complete account, and urge the public to avoid a rush to judgment while the facts are determined", Bragg said, adding the union "unequivocally condemn all acts of hate against the AAPI community".

The company said that "the staff who witnessed the attack have been suspended pending an investigation in conjunction with their union". "Solutions best come from community, and leaders outlined additional steps that we can take to best support the safety, community, and mental health needs of those in our community and impacted by acts of hate and bias".

NY and other United States cities have seen an upsurge in crimes against people of Asian descent since the start of the coronavirus pandemic, with activists attributing the rise to repeated references by ex-president Donald Trump and others to COVID-19 as the "Chinese virus". Such incidents have risen dramatically since the onset of the coronavirus pandemic a year ago, attacks which advocates and experts attribute in large part to xenophobic rhetoric.

The incident, one of two violent attacks captured on camera in New York City on Monday, was the latest in a wave of crimes against Asian Americans across the country.

A 48-year-old man was arrested the next day and charged with menacing.

Monday's attack, among the latest in a national spike in anti-Asian hate crimes, drew widespread condemnation and concerns about the failure of bystanders to intervene. The attack is being investigated as a hate crime. He said the union has information that they called for help immediately.

The neighborhood where Monday's attack occurred, Hell's Kitchen, is predominantly white, with an Asian population of less than 20%, according to city demographic data.

Stop AAPI Hate, an advocacy group, reported almost 4,000 instances of hate instances against Asian Americans in the US between March 2020 and February 2021 - more than 10 a day.

The group, which tracks incidents of discrimination, hate and xenophobia against Asian Americans and Pacific Islanders in the USA, said that number is "only a fraction of the number of hate incidents that actually occur".

Restrictions in NSW after new Covid case found
Probably, we will see more". "[But it's] absolutely critical that we rule out any unlinked community transmission of COVID in our community". 3/31/2021