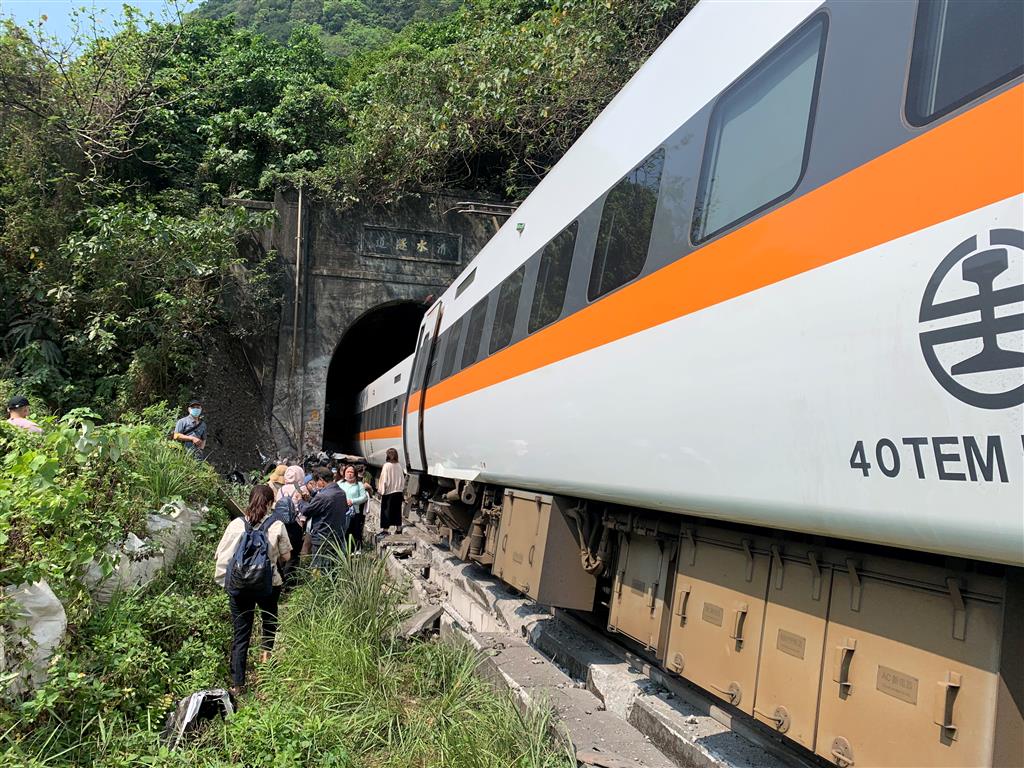 Police estimated that dozens of people were killed in a train derailment accident in eastern Taiwan Friday.

The train, which was traveling to Taitung, came off the rails in a tunnel at around 9:00 a.m. local time, causing some carriages to hit the walls, the fire department said.

The train was carrying around 350 people, and rescue efforts are ongoing, the department said.

The crash, which also injured more than 40 passengers, is the island's worst rail disaster in at least four decades.

Another live broadcast by UDN outside the tunnel showed at least two undamaged train carriages with rescuers helping passengers escape.

Taiwan's President Tsai Ing-wen said a number of people are trapped, according to the BBC.

Television footage and photos posted by people at the scene on the website of the official Central News Agency showed people climbing out the open door of a railcar just outside the entrance to the tunnel.

Breaking: A train derailed in the east # Taiwan Earlier today, and step Oc Focus_Taiwan, Many showed no sign of life. "The truck came falling down".

Reports said a truck fell from a cliff above and landed on the tracks, where a train emerging from a tunnel smashed into it.

The accident occurred at the start of a long weekend for the traditional Tomb Sweeping Day hospital.

In 2018, a passenger train with 366 passengers on board derailed in Taiwan's Yilan County, claiming 18 lives and wounding over 160.