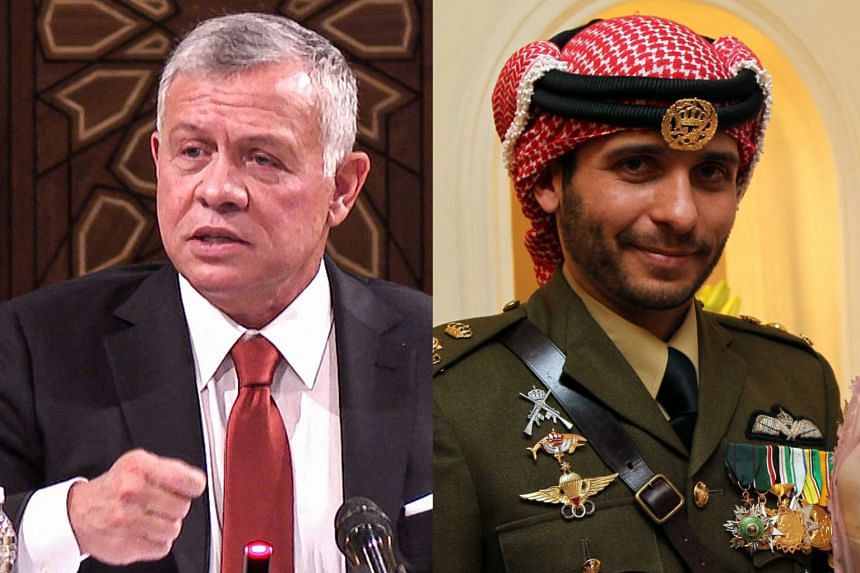 In the video which is almost six minutes long, Prince Hamzah says the chief of the Jordanian armed forces told him he was "not allowed to go out, communicate with people or to meet with them".

Echoing statements of support by other allies and neighbours of Jordan, Morocco's King Mohammed VI held a phone call with King Abdullah II in which he expressed solidarity and support for the country's security measures, Morocco's royal palace said on Sunday. He says Hamzah, 41, was asked to "stop all these activities and movements that threaten Jordan and its stability", but he refused.

Almost 20 people were arrested in all.

The unprecedented incident has raised concerns about stability in a country seen as a key Western ally in a volatile region and drawn an outpouring of support for Abdullah.

The Washington Post has, meanwhile, alleged the former crown prince was "placed under restriction" as part of a probe into an alleged plot to unseat the king.

Many countries and groups have reacted saying King Abdullah has their full support.

In Jordan, that news of the alleged coup has gone public by way of brief statements and virtual silence from the local press has several political observers to speculate that the coup may be a cover story for another political maneuver, said Jordanian political analyst Amer Sabaileh.

Petra had earlier reported that at least two senior officials who formerly worked for the palace "and others" were arrested for "security reasons", without providing further details.

He said Sharif Hassan Bin Zeid and former minister Bassem Awadallah, and others, were arrested as part of it. At the time, he said he will remain devout support to Abdullah in official letter published by state media.

The King renewed his full and "natural" solidarity with King Abdullah II and expressed support for all of his decisions to ensure stability and security in his country. It borders Israel, the Palestinian territories, Syria and Iraq.

Jordan's economy has been battered by the coronavirus pandemic.

Jordan, which is now under a nightly covid curfew that is set to expire in mid-May, has been hit hard economically by the coronavirus pandemic as well as by the fallout from massive waves of refugees from neighboring Syria.

The details remained murky, but any internal unrest would raise alarms among the US and other Western nations, which have long viewed Jordan's ruling monarchy as a key military ally and a bastion of stability in a volatile region. Jordan is home to more than 2 million Palestinian refugees, most of whom have Jordanian citizenship.

Jordan made peace with Israel in 1994, but relations have been tense in recent years, largely due to differences linked to Israel's conflict with the Palestinians.

The current crown prince is Abdullah's oldest son, Hussein, who is 26.

"I think King Abdullah has confirmed himself in the saddle and his son Hussein has consolidated himself as the heir to the throne", said Jawad al Anani, who served as the last royal court chief under the late King Hussein. The designation was out of respect for Hussein, who is known to have favored Hamzah the most among his 11 children from four marriages.

With Hamzah remaining under house arrest Sunday, it was unclear how long the standoff could continue without threatening Abdullah's global standing.