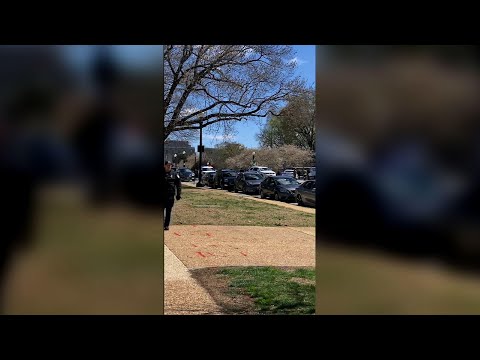 The identity of the fallen officer has been announced as Officer William "Billy" Evans, who was an 18-year member of the Capitol Police.

Capitol Police shot dead the driver after he jumped out of the auto and lunged at them with a knife, Acting Chief Yogananda Pittman told reporters.

Cox authorized the lowering of both the United States and Utah flags to half-staff, as requested in a proclamation from President Joe Biden. "Officer Evans, his family, and all those who knew him are in our hearts and prayers", she said in a statement.

In a tweet, the police department said the condition of the second officer was stable and non-threatening.

"He began his USCP service on March 7, 2003, and was a member of the Capitol Division's First Responder's Unit. We know what a hard time this has been for the Capitol, everyone who works there, and those who protect it".

House Speaker Nancy Pelosi ordered flags lowered to half-staff on the Capitol, calling Evans "a martyr for our democracy". The suspect was identified as Noah Green.

MSNBC erroneously reported Friday that the suspect in Friday's deadly vehicle attack at the U.S. Capitol was a "white male".

Video of the Friday afternoon attack shows the driver emerging from the crashed vehicle with a knife in his hand and starting to run at the pair of officers, Capitol Police acting Chief Yogananda Pittman told reporters.

"The man exited the vehicle with a knife and ran toward our officers".

It was put in place after the 9/11 terrorist attacks to protect the Capitol from potential auto bombings, noted Congressman Tim Ryan, who chairs the committee that oversees the Capitol Police. Pittman said the suspect did not appear to have been on police radar.

It was the second line-of-duty death this year for the U.S. Capitol Police, still struggling to heal from the January 6 insurrection.

In one post he spoke of being tormented by the Federal Bureau of Investigation and Central Intelligence Agency, hospitalised and subjected to "mind control", and called the government "the #1 enemy of Black people!"

Fortification of the Capitol was strengthened following the January 6 riot, but was recently eased.

The area was locked down for hours Friday but has since reopened, and National Guard troops stood outside the building on Saturday. The National Guard was seen responding to Friday's attack, and later confirmed it had been deployed to the Capitol.