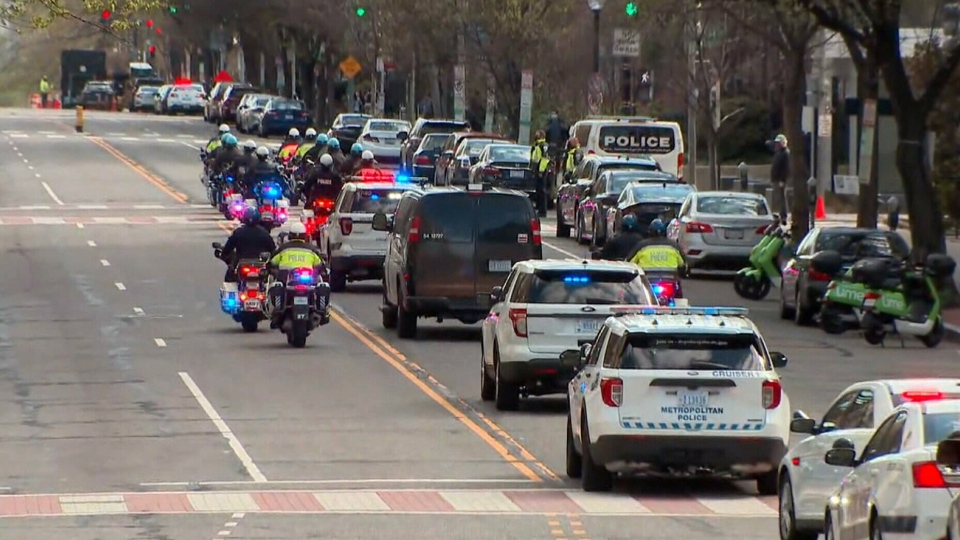 "Members of Congress, staff and Capitol workers, and indeed all Americans, are united in appreciation for the courage of the US Capitol Police", she said.

The suspect was shot dead by one of the officers after he "exited the vehicle with a knife in hand" and "lunged" at the officers, acting Capitol Police Chief Yogananda Pittman said at a press conference following the incident, as Insider previously reported.

Meanwhile, the Law enforcement officials said that "terrorism is not suspected in a deadly confrontation outside the US Capitol that began when a man rammed his vehicle into two officers outside the Capitol and then emerged wielding a knife". He was 18-year veteran of the department who began his service on March 7, 2003, Acting U.S. Capitol Police Chief Yogananda Pittman said in a statement.

Washington Metropolitan Police Chief Robert Contee told the news agency that the incident did not seem to be terrorism-related, but investigation into it would continue. "We know what a hard time this has been for the Capitol, everyone who works there, and those who protect it".

Gov. Jim Justice, following a request from Joe Biden, issued a proclamation to fly all us and state flags on state property at half-staff through Tuesday evening. He expressed gratitude to the Capitol Police and the National Guard troops for responding quickly to the attack. The driver slipped through a gate that had opened to allow traffic in and out of the Capitol and rammed a barrier that had protected the building long before January 6. "As we mourn the loss of yet another courageous Capitol Police officer, I have ordered that the White House flags be lowered to half-staff".

In 2013, officers with the Capitol Police and Secret Service fatally shot a woman inside her auto after she led them on a high-speed chase that began outside the White House.

In January a mob of Trump supporters stormed the Capitol in protest at the result of the 2020 presidential election.

Both officers were also taken to hospital, where one also died.

He also said he was a follower of Louis Farrakhan, the leader of the Nation of Islam, who promotes Black nationalist, anti-white and anti-Semitic thinking.