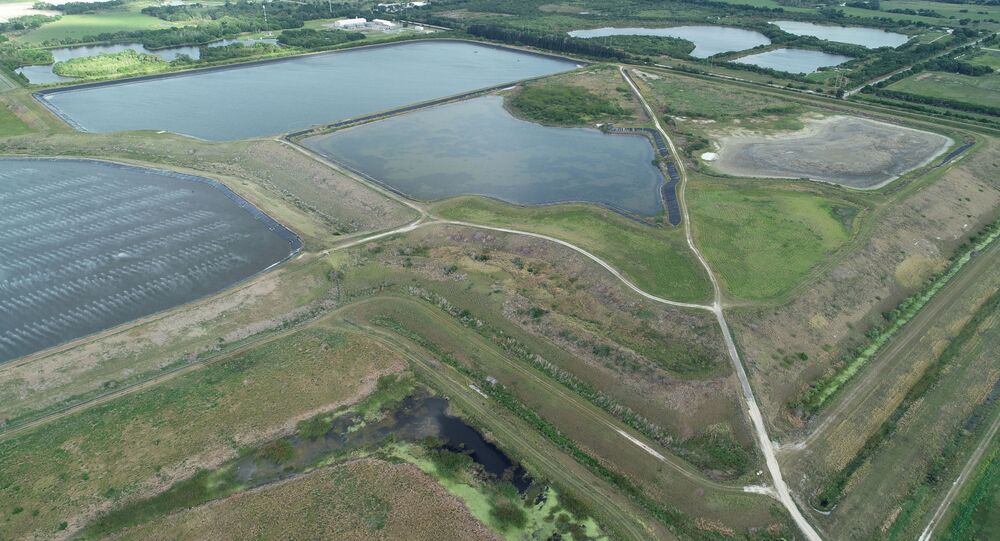 Manatee County in Florida was under a state of emergency over the weekend and more than 300 homes were ordered evacuated over a leak at a wastewater reservoir.

Officials said the reservoir holds millions of gallons of toxic wastewater, which contains phosphorous and nitrogen from an old phosphate plant, according to a BBC News report.

Gov. Ron DeSantis said in a Sunday press conference that crews are working to prevent "a real catastrophic flood situation".

Emergency evacuation notices were released Friday evening, and locals living within a 1 mile radius have been asked to evacuate. The remaining inmates and staff on the first floor of the jail will be moved to the second floor, along with medical equipment, the paper reported.

Manatee County Administrator Scott Hopes said it could take between 10 to 12 days for the situation to stabilize, according to ABC affiliate WJXX.

A collapse of the reservoir would send water into nearby properties, which includes the U.S. Highway 41, Port Manatee, and other industrial warehouses, The Miami Herald reported.

According to the Florida Department of Environmental Protection, the water in the pound is mostly saltwater mixed with stormwater and wastewater. "It is slightly acidic, but not at a level that is expected to be a concern, nor is it expected to be toxic".

"Looking at the water that has been removed and the somewhat stability of the current breach, I think the team is much more comfortable today than we were yesterday", Hopes said on Sunday, as quoted by WRAL-TV.

In the meantime, attempts are made to reduce the pressure on the reservoir by pumping water from the reservoir and discharging it elsewhere.

"Water quality issues that are flowing from this, for us, is less than the risk of everyone's health and safety, particularly folks who may live in the area", DeSantis noted.

Florida's Department of Environmental Protection Agency Secretary Noah Valenstein told the Tampa Bay Times the potential environmental disaster's primary threat is to human health. "So, again this is not water we want to see leaving the site", he said.

The ponds are said to have been sitting in stacks of phosphogypsum, a solid radioactive byproduct from manufacturing fertilizer, as explained in Daily Kos.

Calls to the owner of the site, HRK Holdings, for comments went unanswered Saturday and Sunday.

Manasota-88, an environmentalist group, lambasted officials saying that the gyp stacks at Piney Point have been mismanaged for decades.