Henrik Stenson has been named the European Tour Golfer of the Year for 2016 following what has been a huge season for the Swede who won his maiden major tournament in the Open Championship at Royal Troon back In July.

Stenson came out on top in the 156 strong field as he finished his four rounds on -20, three shots ahead of Phil Mickelson who was his nearest challenger in the second place. J.B Holmes was a further 11 strokes back in third as the top two on the final leaderboard were a long way clear of their competitors in Ayrshire, Scotland. 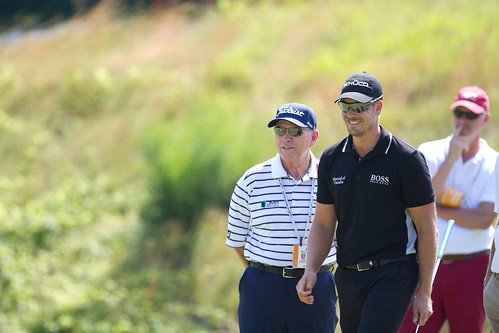 It’s the second award Stenson has picked up this month, as he also scooped the Golfers’ Writers Player of the Year. The 40-year-old is of course delighted to end the year with such recognitions.

“It has certainly been the best season of my career and now to be voted the European Golfer of the Year for a second time is a fantastic way to bring the curtain down on it.

To win the Claret Jug, a silver medal at the Olympics, the Race to Dubai and now this, means 2016 was a very special year for me, and I am very proud of what I have achieved.

There have been some great golfers who have won this award, and many more who just missed out over the years, so to receive it twice now is a huge honour. You can argue that my best performances were at key moments, so it will go down as the best year I have had and this award is a very nice way to end it.”

Stenson started the majors in 2016 in a tie for 24th in the Masters at Augusta National Golf Club. The Swede is still searching for his first top ten finish in this tournament going into 2017. He is currently fourth in the Official World Golf Rankings behind Jason Day, Rory McIrloy and Dustin Johnson respectively.

Things got worse earlier this year for Stenson at the US Open, where he was forced to withdraw from the tournament at Oakmont due to neck and knee injuries. The turning point in the world number four’s season came in the BMW International Open where he won the event for the second time in his career. Stenson then took his form into Royal Troon, which helped him  break the major championship record score with 264.

Stenson will defend the Claret Jug next year at Royal Birkdale in Southport, where he is 16/1 in the latest  Betway  odds for the tournament. No player has won back-to-back Open Championship titles since Padraig Harrington did so in 2007 and 2008.

The Swedish player was in contention for his second major of 2016 going into the final round of the US PGA Championship as he was only two shots behind leader Jimmy Walker. Stenson could only shoot a round of 71 which was only enough for a tie for 7th in the end as  Walker went on to win  his maiden major of his career. 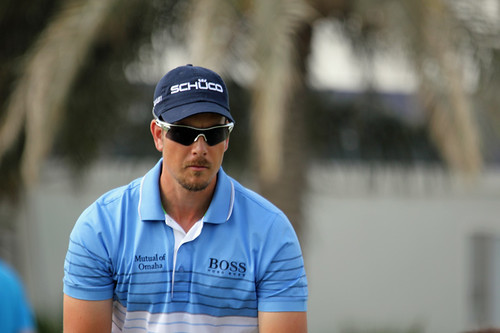 Stenson will begin 2017 in the Abu Dhabi HSBC Championship in the UAE, which is one of the leading events on the European Tour calendar. He then will remain in Asia for the Omega Dubai Desert Classic a month later. He last won that event in 2007 when he finished one stroke ahead of South African Ernie Els with a score of 269.

If 2017 is anywhere near like as good as 2016 for the Swede, he could be set for another huge season, on both sides of the Atlantic. His schedule is unlikely to be as busy as last year - which is largely down to there being no Ryder Cup and no Olympics in 2017 - so he can concentrate on the four big majors.