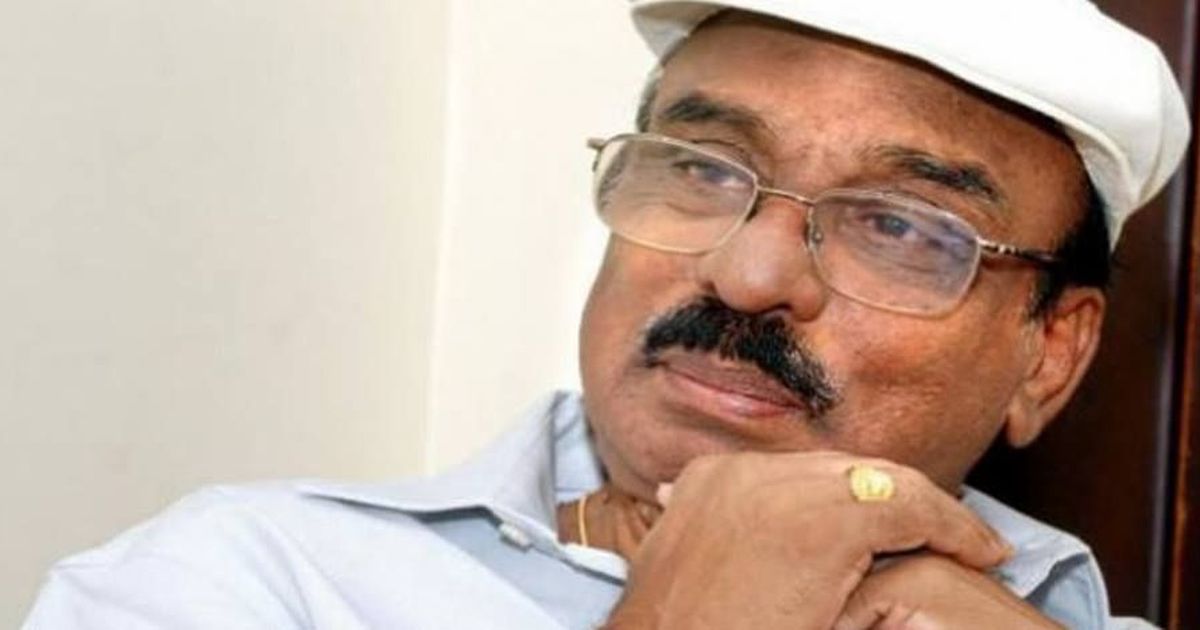 Well, some of you may know that Filmmaker and director I V Sasi who is known as a Malayalam filmmaker in the industry died in Chennai on Tuesday. He is survived by Malayalam actress Seema. Sasi's last Tamil film was Kolangal in 1995 but it was with his Malayalam film Vellathooval in 2009 that he signed off from direction. I V Sasi has directed more than 170 odd films over a span of 34 years and has constantly delivered super hits and some of them classified as classics or good cinema.

Irruppam Veedu Sasidharan was born in Kozhikode in March 1948 and began his career in the role of an art director. This was the most fruitful period in his career as his films not only made moolah at the box office, but were also critically acclaimed. In the vacuum left by Jayan's untimely death in late 1980, while most of the other directors persisted with Sukumaran and Soman, Sasi chose to give opportunities to the next generation of actors including Mammootty, Ratheesh and Mohanlal.

IV Sasi started his career as a director in 1968 along with AB Raj in Kaliyalla Kalyanam movie. Apart from Malayalam, he also has an experience in directing the movie in other languages such as Tamil and Hindi. Sasi had been honoured with the Nargis Dutt Award for the best feature film on national integration in 1982 for Aarodaam.

In the year 2015, Sasi won the J. C. Daniel Award. Sasi also directed Katrina Kaif in the 2006 Malayalam film Balram vs Tharadas. "The industry and I mourn a great technician". "My support and love to my sister Seema Sasi and family", he tweeted.

"I feel sad on the demise of my beloved friend", said actor Mammootty.

Calling him the "master of Malayalam movie industry", Mohanlal said, "Portraying the life of commoners, I V Sasi was a man who created wonders on the silver screen".

Former production assistant becomes latest Harvey Weinstein accuser
If true, that would be a crime but Allred suggested it might fall outside the statute of limitations in NY . They met again at the Cannes Film Festival in 2006 and she offered to help on his productions in NY . 10/26/2017

RIP Kinect: Microsoft stops manufacturing the motion sensing Xbox accessory
No further Kinect units will be produced, and remaining stock will be sold until reserves are depleted, the pair confirmed. After years of trying to get players to use it, Microsoft is giving up on its Kinect motion-sensing peripheral for Xbox. 10/26/2017