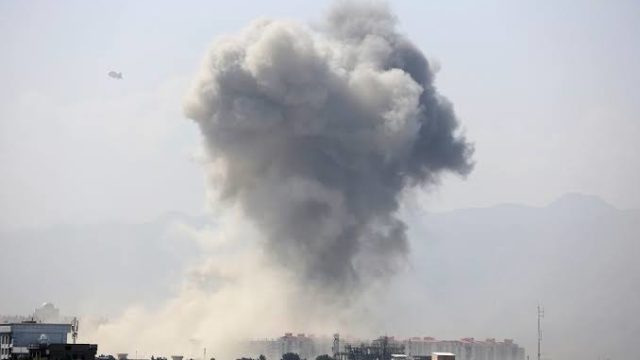 The Taliban, which said it opposed ISIS and has fought the group, has since held off on large-scale attacks on foreign forces or in major centres, although it has continued attacking Afghan security forces throughout the provinces.

Kabul police spokesman Ferdaws Faramarz said a clearance team was at the site of the blasts, which had not yet been claimed by any group.

Six security personnel and six insurgents were killed as clash erupted in Alishing district of the eastern Laghman province on Sunday, provincial government spokesman Assadullah Dawlatzai said Monday. The ministry of defence said the Taliban also suffered heavy casualties. Both the Taliban and the Islamic State group are active in Kabul and its surroundings.

In a meeting with Taliban representatives in Qatar last week, USA special envoy Zalmay Khalilzad stressed the need for a cease-fire after an uptick in violence throughout the country.

In recent weeks, there have been several roadside attacks in the Afghan capital; however, this marks the first with coordinated efforts.

The exchange has come in stages and so far, and the government in Kabul says it has freed 1,000 Taliban prisoners.

In the past month, the Afghan forces have made key arrests of ISIS leaders.