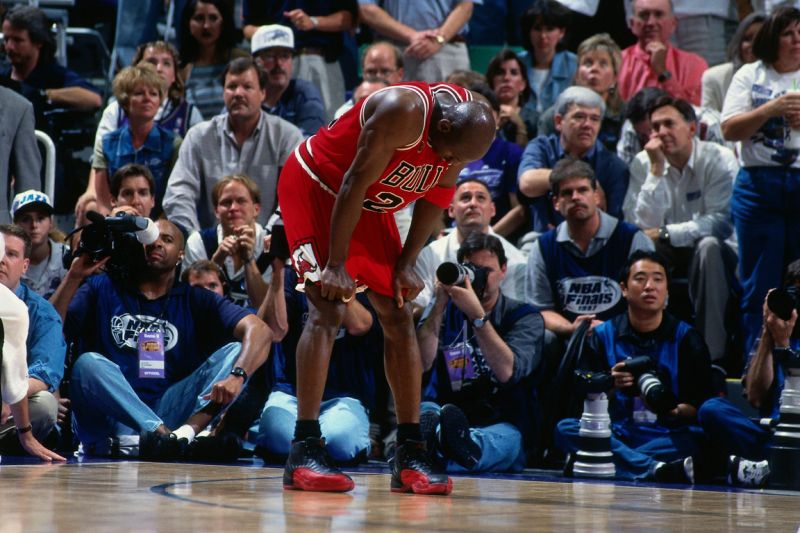 He had food poisoning. He was visibly ill during the game, but Jordan somehow managed to score 38 points with seven rebounds and a clutch three-pointer down the stretch as the Bulls won 90-88 at Utah.

The "Flu Game" is best remembered for an exhausted, dehydrated Jordan being fanned by teammates on the bench during timeouts.

Michael Jordan's famous "flu game" sickness may not have been the flu after all.

The hotel in Park City, Utah didn't have room service, so Jordan had to order the pizza. But in last night's episodes, Michael's trainer Tim Grover and his friend George Koehler explained that the night before the game, Michael had ordered a pizza that was delivered by five delivery men and the whole thing seemed pretty sketchy. Everything we know is a lie and only trust your pizza if there are less than four delivery guys at your door! 'They're all trying to look in.

That set off alarm bells for Grover, who told Jordan, "I have a bad feeling about this", only to have his concerns dismissed by Jordan.

Jordan claims to have eaten the pizza entirely by himself - a detail that is confirmed by both Koehler and Grover, not to mention The Last Dance director Jason Hehir, who revealed he heard the future Hall of Famer actually spit on it to make sure nobody else ate it.

Michael Jordan said he was willing to sign a one-year contract with the Chicago Bulls after the 97-98 season in an attempt to win their fourth straight championship. "Yes, they would have signed", Jordan said.