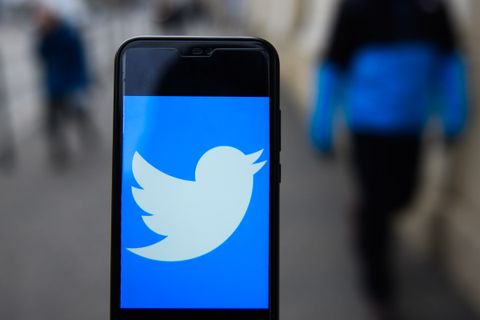 US President Donald Trump will sign an executive order on social media firms on Thursday, the White House has said.

House Speaker Nancy Pelosi shared her thoughts on President Donald Trump's clash with social media on Thursday, commenting on his anticipated executive order and Facebook CEO Mark Zuckerberg's recent response to the dispute. "But an executive order that would turn the Federal Communications Commission into the President's speech police is not the answer", Commissioner Jessica Rosenworcel said in a statement.

Twitter for the first time added fact-check labels on Trump tweets after he made unsubstantiated claims on Tuesday about mail-in voting. Trump subsequently said on Twitter that the platform was "interfering in the 2020 presidential election".

Dorsey, who co-founded Twitter in 2006, wrote that the site chose to put a fact-check warning on two of Trump's tweets because they may "mislead people into thinking they don't need to register to get a ballot".

As The New York Post reports, Mark Zuckerberg gave an interview last night to Fox News, which will air today, in which Zuckerberg said social media companies shouldn't be the "arbiters of truth".

Responding to Zuckerberg's comments late Wednesday, Twitter CEO Jack Dorsey said on Twitter that the social media platform will "continue to point out incorrect or disputed information about elections globally".

Clicking the link takes a user to tweets about the virus origin, which emphasise that the virus appears to have originated in animals in China, rather than a virus laboratory in Wuhan, China.

"I don't think that Facebook or internet platforms in general should be arbiters of truth, that's kind of a risky line to get down to in terms of deciding what is true and what isn't", Zuckerberg explained.

Trump had posted a series of tweets on the micro-blogging platform against Twitter's move.

Sarah Miller, executive director of the American Economic Liberties Project, said in a statement that while there are important discussions to be had about the outsize power of social media companies and the implications for free expression, Trump's executive order "is a silly distraction from a serious debate".

Twitter's first use of a label on Mr. Trump's tweets comes as platforms gear up to combat misinformation around the USA presidential election.

"We will strongly regulate, or close them down, before we can ever allow this to happen", Trump tweeted on Wednesday, insisting his position regarding mail-in votes and fraud was correct.

It also raises thorny questions about the First Amendment of the US Constitution, the future of digital expression and the extent to which the government can influence the decisions that private companies make about their digital products and services.

Some Twitter users have also criticised the company for not labelling the tweets as false information.

In fact, she said, it was meant to encourage companies to keep an eye on the conversations on their sites. "More transparency from us is critical so folks can clearly see the why behind our actions".