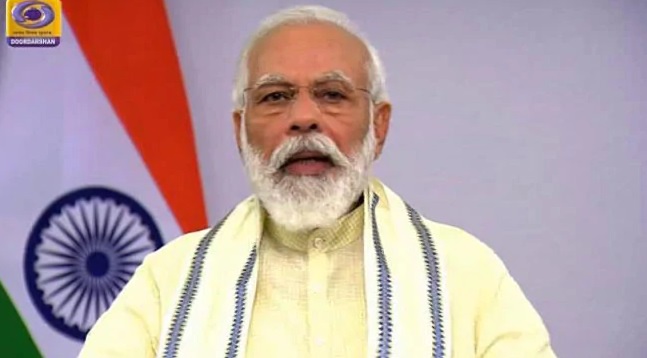 "At such a time, I appeal to citizens to take precautions", Modi said.

It is true that if we look at the death rate due to corona, India is in a better position than many countries.

The Prime minister's address to the nation also carries significance as the country is entering "Unlock 2" from tomorrow for which guidelines have been issued by the MHA on Monday night.

He also mentioned that people have been a little careless since Lockdown 1.0 and has been neglecting rules which led to the increase of the COVID-19 cases.

"We now need to be more careful but it is concerning to see that people have become more careless". He advised local administrations to adopt a similar attitude. "Rural parts of the country have largely remained untouched from this pandemic", he said.

Be it the govt, or the civil society or citizens of this country, we have all ensured that nobody goes hungry in these hard times.

Talking about the economic package announced earlier by the central government, PM Modi said that a package of ₹1.75 lakh crores was announced under PM Gareeb Kalyan Yojana. In the last 3 months, Rs. 31,000 crore deposited in bank accounts of 20 crore poor families. That is why we had come up with the PM Garib Kalyan Yojana.

Under the scheme, five kgs of wheat or rice and one kg of pulses per month will be given free of cost to the poor.

"Add to that the investment so far, and the total expenditure by the government comes to Rs 1.5 trillion".