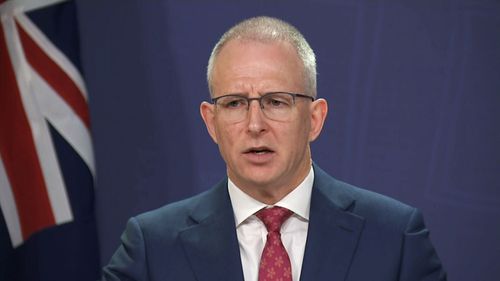 The Australian government announced on Friday it would give three months to United States tech giants Facebook Inc., and Alphabet's Inc's Google, to negotiate a fair pay to get news content, in a bid to support independent journalism worldwide.

Treasurer Josh Frydenberg released the draft code this morning which will give the two parties three months to reach an agreement, after which it will go to arbitration. What's more, while the code initially applies only to Google and Facebook, the ACCC has said other digital platforms may be added if they scale to similar bargaining power heights against Australian news media businesses.

The new code of conduct is the result of the Morrison Government's request that the ACCC look into the power imbalances between big tech and news media and formulate a solution. "Frydenberg said the draft will be open to consultation until August 28, with the legislation to be introduced to Parliament soon after". Google and Facebook are believed to ring up an annual 5 billion Australian dollars ($3.56 billion) or so from advertising here. The new rules would allow media companies to negotiate individually or collectively with the tech giants.

But Frydenberg warned that the code would prohibit any "discrimination" against Australian media by the tech companies.

Digital platforms would be required to give news media businesses 28 days' notice of algorithm changes likely to materially affect referral traffic to news, algorithm changes created to affect ranking of news behind paywalls, and substantial changes to the display and presentation of news, and advertising directly associated with news.

"It sends a concerning message to businesses and investors that the Australian government will intervene instead of letting the market work", said Mel Silva, managing director of Google Australia and New Zealand, in a statement.

Facebook issued a terse one-line response that hinted it could reconsider its activities in Australia if the proposals were implemented. "Nothing less than the future of Australian media landscape is at stake". Penalties up to ten million dollars will be included if the companies are found with any form of breaches in code.

The code also includes a set of minimum standards for: providing advance notice of changes to algorithmic ranking and presentation of news; appropriately recognizing original news content; and providing information about how and when Google and Facebook make available user data collected through users' interactions with news content. News Corp's Executive Chairman Michael Miller said while other countries are talking about the tech giants' unfair and damaging behaviour, the Australian government (is) taking world-first action.

However, it is important to note that this code is still in the drafting stage and has not been passed by the Australian parliament as of now.

Facebook previously suggested it could block Australian news if it was forced to pay royalties.

"It seems it's okay for tech giants to rip journalism from the ABC and SBS for free, but if it's Murdoch's content then they have to pay", she said. He added that code ensures that the news companies are paid fairly for their content. Media companies including News Corp Australia, a unit of Rupert Murdoch's News Corp, lobbied hard for the government to force the USA companies to the negotiating table amid a long decline in advertising revenue.

"It's about a fair go for Australian news media businesses".